On Scarcity and Human Resource Pricing in Myanmar 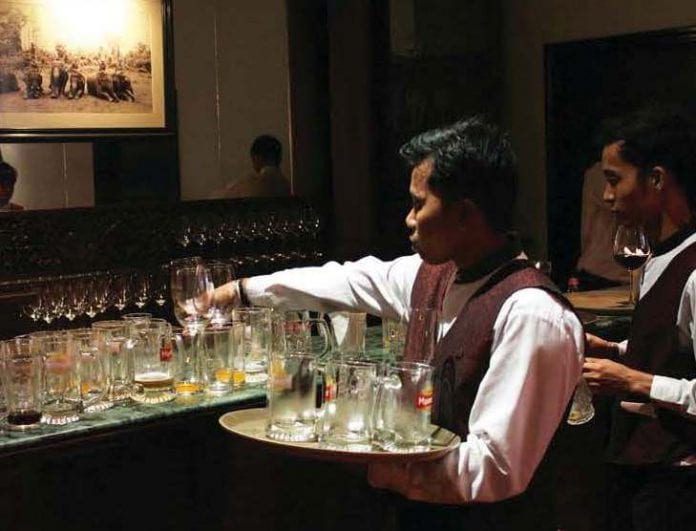 Rounding up a week-long business trip in Yangon, I was having a round of drinks with friends at the Gallery Bar in the Sule Shangri-La Hotel in downtown Yangon, while discussing all that we’d learnt and discovered over the past week. One comment came up as particularly poignant, “Anyone hoping to build a successful business by exploiting cheap labour in Myanmar is a rookie. It’s certainly not as cheap as it would seem.”

For a team of entrepreneurs trying to start a small café in Yangon, this came as a rude shock to us. Logically, in a country where labour is abundant, the marginal cost of labour should in principle be cheap, given the rules of demand and supply. In addition, unemployment is anecdotally high: estimates range from 10-15 percent based on different sources. One would think, then, that workers would be reluctant to leave their current jobs. However, the job market in Myanmar runs on a line contrary to this theory.

Consider this: hiring a waiter for any sort of restaurant sets you back by about $100 each month. This may not seem expensive, but wait staff in Yangon are notorious for job-hopping. Horror stories of staff leaving on a weekly basis for another job that pays $5 more per month plague discussions between proprietors of F&B establishments, to the point that such high staff turnover rates have been accepted as the norm. Dedicated labour that needs to be retained then becomes expensive. Employers need to pay 20-30 percent above the market rate in order to retain staff. Coupled with high training costs and high overheads resulting from low staff productivity, hiring then becomes relatively expensive.

One possible explanation for this is structural un-employability. While Myanmar boasts a 95 percent literacy rate, the government estimates that only 10 percent of the population is educated at the tertiary level. As a result, the coincidence between the requirements for labour and the availability of appropriately and adequately trained staff is in reality relatively low. As a result, something that would otherwise be taken for granted – for instance, a waiter who knows how to pour wine correctly – is actually a rarity in the market.

Other types of skilled labour – accountants, administrative officers, waiters, chefs, tailors, bakers – are similarly not as common and easily located as one might think. As a result, anyone with any tangible form of skill finds himself in a superior bargaining position. While wage setting remains controlled by employers, employees seem to retain the power of choice of whether to accept or retain a job.

Finally, given the impossibility of enforcing any form of employment contract clauses either way – minimum tenure and salary clawbacks, for example, do not function as credible penalties due to a lack of banking and legal infrastructure required to enact them – the likelihood of staff leaving in search of pay raises increases significantly.

Hence, improving staff retention rates in Myanmar requires a multi-pronged approach. Firstly, monetary incentives, such as healthcare benefits for family members of staff, or salary advances and potential increments for staff who work with the firm for over a year, can prevent staff from job-hopping in search of higher salaries. Secondly, offering staff fulfilling careers with the firm and investing in providing quality training and equipping them with the necessary skills they need to excel, could also incentivise them to remain in their jobs.

With staff turnover and a lack of basic skills seeming the largest contributors to overall hiring costs (despite low wages on average), addressing these two points should be at the heart of any company’s HR practices, regardless of its size.

In other words, no one who wants to tap into Myanmar’s vast potential should make the rookie mistake of thinking to exploit cheap labour – instead, by incurring some expense on their part to train and incentivise their staff, they’ll reap the rewards of having a strong pool of trained talent to build out their businesses.

Eugene Lim is a director and co-founder at UK-based Icocapital Ltd, focusing on making socially responsible business investments in the Indochina region. Prior to this, he was an Asia Emerging Markets specialist at Morgan Stanley & Co in London.