Only 3pc of Tiger Populations Left In Asia: WWF 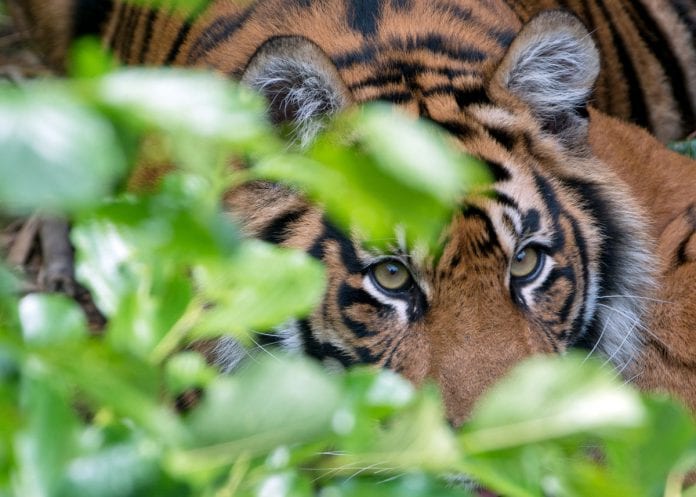 One of the world’s most majestic creatures is now one of the most endangered. In a recent report, the World Wildlife Foundation (WWF) revealed a 97-percent drop in the population of Asian tigers.

There are currently only 3,200 tigers left out of 100,000 originally living in the wild, the report said.

The report warned that the major threats to Asian tiger species are poaching and illegal wildlife trade. The causes of this underground trade of tiger goods are hard to monitor, being of value for traditional medicine or as a “status symbol” in Asian cultures.

The causes of habitat destruction are much harder to track, especially due to the nearly irreversible damage to these regions. “Tigers have lost 93 percent of their historic range,” the report said.

In the report, WWF also exposed the human factors that have led to the tiger’s decline. Ranging from simple facts about the species to the causes of their endangered status, the report makes a case for the protection of these animals.

In 2010, WWF and the 13 tiger range countries committed to doubling tiger populations in the region by 2022, under a campaign entitled TX2.

The organisation professed that it only held data for Nepal, India, and Russia. However, it lacked data from the other countries in the region.

Regions where WWF has the most data are where they have been investing in projects to improve monitoring of tiger populations. Where there are no projects implemented, WWF encourages countries to monitor tiger populations within their borders.

The NGO plans to take on the most pressing issues of tiger trafficking by joining with other organisations to stop illegal wildlife trade and black market commerce.

These programs focus on enforcement of illegal poaching and reducing demand for tiger products and exports.