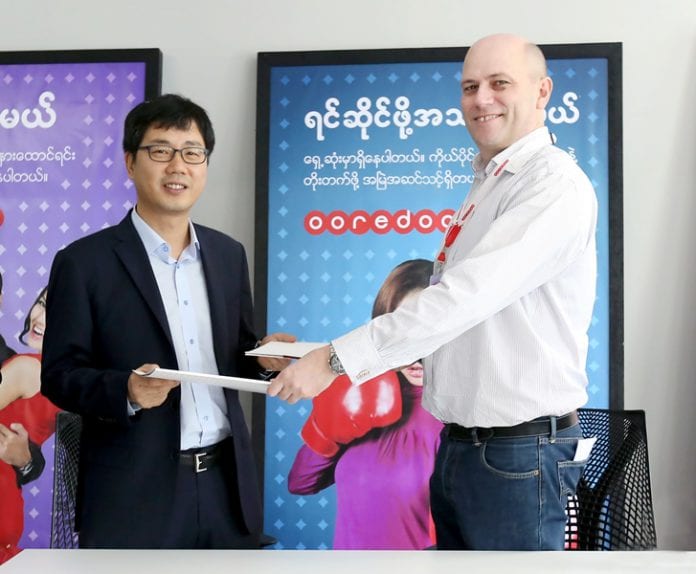 Ooredoo will offer customers a range of “special bundles” designed to make the most of Ooredoo’s 3G network on data driven Samsung devices, it said.

Ooredoo said partnering with Samsung will be key to increasing the adoption of mobile internet services which will unlock new opportunities for end-users in Myanmar.

Ooredoo will launch its services in major urban areas around Yangon, Mandalay and Nay Pyi Taw in the third quarter of 2014, reaching 30 percent of the population, Ross Cormack, chief executive officer of Ooredoo, said in May.

Ooredoo’s products and services will include voice, SMS and data bundles, SIMs, customer care and device detection capabilities, which accelerate growth in one of the world’s most underserved markets for mobile and internet use.

Samsung’s range of Galaxy smartphones and tablets, which have been hugely successful in markets around the world, will become available at local retail outlets, the firm said.