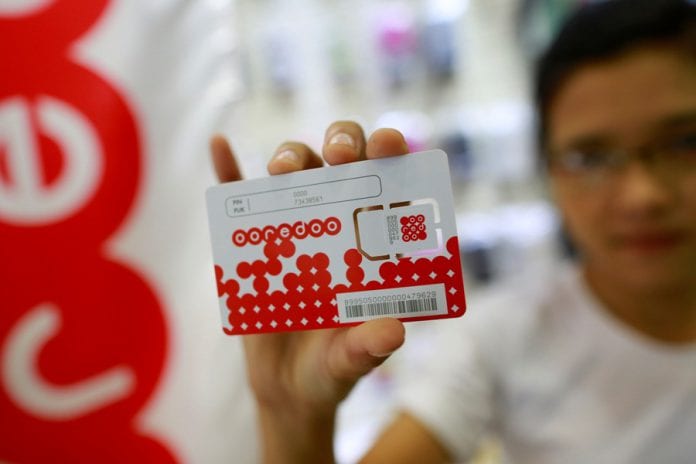 In addition to the official launch date, which will be August 15, Ooredoo Myanmar CEO Ross Cormack, dropped a series of other announcements ranging from current promotions to the future of Ooredoo in Myanmar.

The biggest buzz of the morning was the telecom agency’s new launch promotion. From now until midnight of August 14, Ooredoo is providing free daily service of up to 900 minutes of calling, 90 free SMS text messages, 20MB of internet usage, and free usage of Facebook.

This promotion was compounded by their reassurance to all potential Ooredoo customers that the SIM card purchase price is indeed K1,500 and should not be purchased for more from any dealer. There are approximately 6,500 authorised Ooredoo dealers throughout Myanmar, according to an official press report.

The remainder of the press conference focused on outlining Ooredoo’s future in Myanmar’s emerging economy. The telecom giant promised sparking call quality and high-speed internet. Ooredoo’s initial coverage is in Mandalay, Nay Pyi Taw, and most of Yangon – a total of 68 cities and towns.

Cormack assured that Ooredoo would be “the first to bring the most advanced UMTS900 technology to Myanmar.”

Cormack emphasised a business model centred on addressing the concerns of their customers. With this mission in mind, Ooredoo presented a new ‘pay as you go’ services that allow users to pay for their exact usage, instead of buying top-up cards from local mobile phone retailers.

Ooredoo finished the press conference with a promise to inform the Myanmar public of any more advancements, as the official August 15 launch date approaches, and beyond.

After the conference, over 200 mobile phones installed with Ooredoo SIM cards were distributed to journalists, along with a complementary lunch and gift bags.