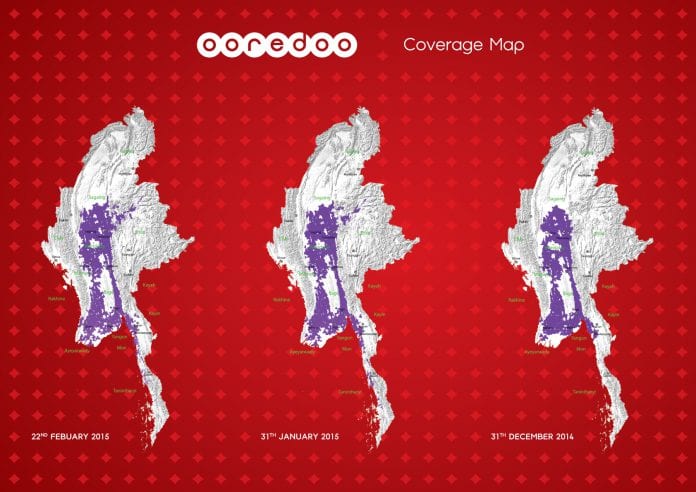 As of January 12, Ooredoo has expanded their telecommunications services Ingapu and Kyaikpaw townships in Ayeyarwaddy region, Salin and Chauk townships in Magwe region and Western Kathahpa area in Mon state, the telecoms firm announced.

The Qatari carrier said although it has already covered Yangon, it is strengthening the network in some areas – Insein, Hlaing Tharyar, North Dagon (Dagon Myo Thit), Thaketa, Dawbone and Thanhlyin townships – to improve services.

Ooredoo said it has also improved its existing network in Pakkokku and Mawlamyine, Thaton and along the Pathein-Pyay highway.

Thiri Kyar Nyo, a spokesperson of Ooredoo Myanmar, said, “We estimate that our network has covered 15 percent of Myanmar population by August 15 when it was rolled out, and 30 percent by November 21, and 40 percent by the end of December.

“With this rate we believe that we can meet our coverage targets and can be able to provide to 97 percent of the population in five years.”