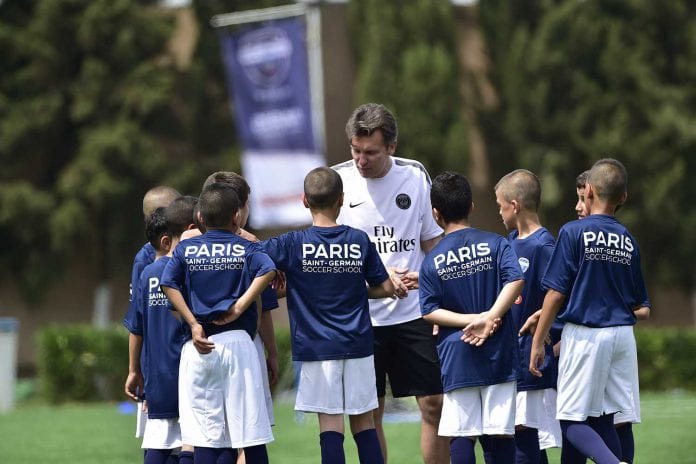 Ooredoo said it will launch a new global communication campaign with Paris Saint-Germain, as the company looks to deploy the power of football to inspire the next generation.

The mobile carrier said the campaign will be the largest international media campaign a Paris Saint-Germain partner has ever executed, and will generate global recognition for both brands.

Young people can take part in the interactive campaign and see the advert by visiting the dedicated microsite, www.fansdowonders.com, where they can send messages directly to the players via the site, or via Twitter, with the hashtag #fansdowonders.

The people who send the best messages will win a trip to Paris to watch a Paris Saint-Germain match and attend a training session. As a bonus, top messages will also be displayed on the stadium’s boards during several games. A full 360-degree campaign with a strong social media presence will be deployed to bring “Fans Do Wonders” to a global audience.

Dr Nasser Marafih, group CEO, Ooredoo, said: “This campaign will be one of our most significant global initiatives to date, as we reach out to young fans around the world. Paris Saint-Germain are one of the top teams of the moment, and working with them gives Ooredoo the chance to share our message of enriching people’s lives through technology.”

Nasser  Al-Khelaïfi,  president  of  Paris  Saint-Germain,  said:  “The  ambition  and  quality  of  this campaign perfectly illustrate the goals shared by Paris Saint-Germain and Ooredoo, and we expect it will be very well received by our fans and Ooredoo’s customers around the world.”

Throughout the campaign, Ooredoo will emphasise its data and network capabilities around the world. The company has 4G deployed across five out of its nine key markets, and claims to be the market leader in data customer share in Algeria, Iraq, Qatar, Tunisia and the Maldives.

Ooredoo is also looking to reach out to football fans across its markets in the MENA region and Southeast Asia, and special local editions of the campaign will feature people of the different countries within its footprint.