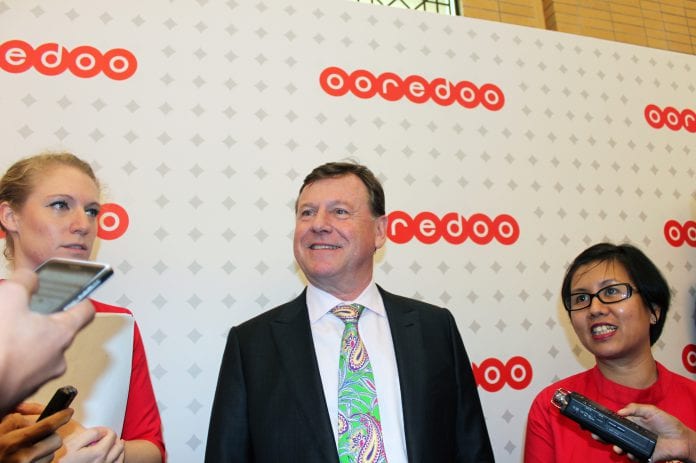 After an extensive advertising campaign and a series of press conferences later, Qatari telecoms firm Ooredoo has finally made its official launch in Myanmar.

This event was the most extravagant to date, being held in the Myanmar International Convention Center, in Myanmar’s capital of Nay Pyi Taw. To ensure attendance to the event, Ooredoo provided transportation to Nay Pyi Taw from Yangon and accommodation for attending journalists. Dinner and drinks were provided to attendants, followed by entertainment of traditional Myanmar song and dance.

The scale of this event was also grander than previous Ooredoo press conferences, not only in size, but also attendance. Notable guest speakers included: U Myat Hein, union minister for communication and information technology and visiting Group CEO of Ooredoo Dr Nasser Marafih.

Opening the ceremony, Dr Marafih declared that Ooredoo is “committed to breaking down the barriers that have blocked Myanmar from high quality telecom services.”

He continued to outline how Ooredoo will improve the lives of Myanmar citizens through using technology as a means for human growth, by bringing educational apps to Ooredoo users.

U Myat Hein, spoke highly on the emerging telecommunication industry’s progress as a “a truly historic moment.”

He emphasised the importance of a competitive telecommunications field that will allow citizens to choose services that best align with their communications needs.

Ross Cormack, CEO of Ooredoo Myanmar, detailed the new services and packages that will now be made available to users with this official launch.

While Ooredoo opened a promotion where SIM cardholders could use their services for free, this press conference also served as an announcement for the company’s goals for Myanmar and a new set of promotional “Starter Packs” for incoming Ooredoo customers.

Striving to diversify the options available to Ooredoo customers, Ooredoo offered a new set of Internet Packs and “Chat Packs.” The internet packs were created for customers who interested in maximising their handset’s internet usage with packages ranging from: K500 for a daily 30MB of internet, K3,000 for 200MB daily, and K12,000 for 1GB daily. All of these packaged also come with a “Facebook booster” which allows data to be places aside specifically for Facebook usage.

The “Chat Packs” are deals that allow users 5MB of SMS messaging for K100 daily. Cormack expanded on these “chat packs” by announcing a K100 “Social Network Kyat Pack” for users who want to use their handsets mostly for connecting through social media.

To address the concern of potential customers having pre-existing handsets that are incompatible with the new Ooredoo network, the telecom provider has brought Samsung Galaxy V handset to Myanmar for an exclusive offer promotion.

When the Samsung Galaxy V handset is purchased with an Ooredoo SIM card for K97,500 the package includes 300 minutes, 300 SMS and 300MB internet, over a three month installment period.

Concluding remarks of the conference attempted to address concerns of the increase of Ooredoo’s coverage throughout parts of Yangon and the rest of Myanmar.

Cormack stated that Ooredoo is striving to reach 25 million citizens by the end of 2014. Customer service was promised to continually improve with a 24/7 contact center, staffed by 300 Myanmar speaking representatives.