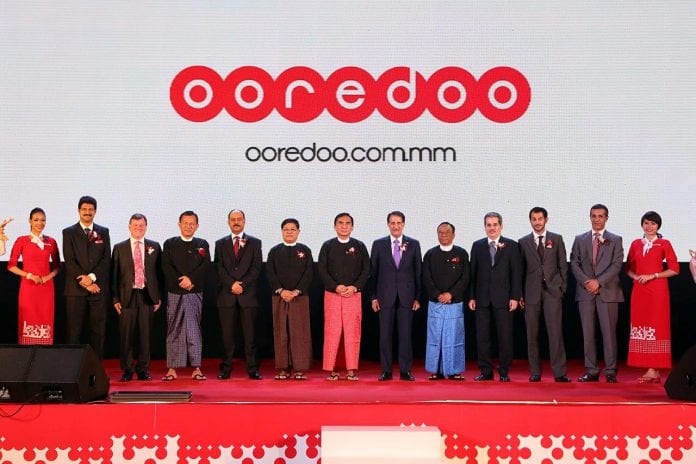 Ooredoo Myanmar has crossed the one million customer milestone within three weeks after going live with its services, the Qatari firm said.

Ooredoo said since the introduction of its services, it has seen “unprecedented” demand for its mobile phone and internet services, with people queuing overnight to purchase a low-cost Ooredoo SIM.

Ross Cormack, CEO Ooredoo Myanmar, said: “The response to our launch has been inspiring.  This nation’s pent-up demand for mobile communication services has surpassed even our expectations.

“The team has now been challenged to improve our network and expand our coverage so that we can deliver a great experience for the people of Myanmar.”

Ooredoo said the network will rapidly extend to include 25 million people by the end of 2014, as the company brings the benefits of connectivity to the population as fast as is possible.

Cormack revealed the achievement at a gala dinner event in Nay Pyi Taw, where the telecoms firm claimed that its team is striving to deliver up to customers’ expectations, offering “crystal clear voice services and fast internet.”

Sheikh Abdullah Bin Mohammed Bin Saud Al Thani, chairman of Ooredoo Group, expressed his delight at the strong interest particularly from people who previously had not had the opportunity to benefit from mobile and access to the internet, and said the response from customers has been “humbling”.

“Mobile communication enriches people’s lives. I am humbled by the warm welcome we have received from the people of Myanmar, and by their dedication to improving their lives with technology. We are committed to continuously improving our service,” he said.

Ooredoo said it has invested and installed the world’s first next-generation purely UMTS900 network throughout Myanmar, which aims to provide fast internet and is primed to enable a smooth transition to a 4G LTE network in the future.

U Myat Hein, union minister for communications and information technology, said: “Over the past few years, the union government and the ministry have worked hard to lay the foundation for the creation of a competitive telecommunications landscape that truly serves our people and we are closer than ever to achieving this.”