Pace of Log Shipments from Myanmar Increases Due to Export Ban 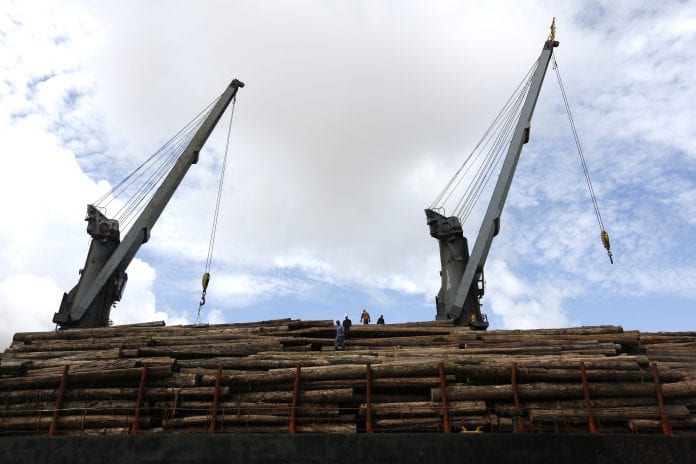 The pace of log export shipments has increased recently, not because of improved demand but rather the urgency with which buyers want to ship the logs that they have in yards in Myanmar before the log export ban comes into effect in April, the International Tropical Timber Organization (ITTO) said.

Despite the pick-up in shipments analysts still anticipate a substantial quantity of logs will remain at log yards in Myanmar when the log export ban comes into effect on April 1.

Export shipments from April to the end of January 2014 are estimated to have been over 398,000 cubic metre for teak logs and about 1.3 million cu.m for other hardwood logs.

While there is doubt in some quarters that the log ban will really be implemented, up to now the government seems determined to go through with its decision to ban log exports after April 1.

After the ban only processed wood will be allowed but what constitutes “processed” is now being discussed. Some observers say continued exports of baulk squares – roughly hewn logs but not further manufactured – would be an option to sustain the Indian market, the biggest importer of Myanmar teak logs.

Another debate is centred on whether domestic companies will be able to compete with mills set up by foreign investors as they benefit from tax holidays for a certain period.

This, say local millers, will give foreign companies a huge advantage. Most analysts are of the view that it is unlikely that export of baulk squares will be allowed but an announcement from the Ministry of Environmental Conservation and Forestry (MOECAF) is expected to clarify this.