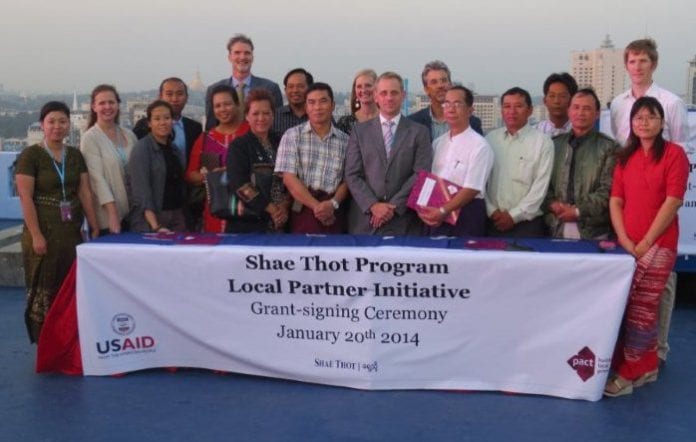 The total grant amount for the LPI is $1.72 million, a Pact spokesperson said. Shae Thot Project is funded by the US government through the US Agency for International Development (USAID).

The organisations were selected for grants by the Shae Thot consortium partners and USAID through a bidding process that began in June last year.

Pact said the organisations will implement service delivery projects in the areas of maternal and child health, livelihoods, and water, sanitation and hygiene in Central Myanmar and Kayah state.

Pact started partnering formally with local community-based organisations in Myanmar through LPI, which seeks to promote a stronger civil society in rural areas through partnership with local NGOs working in service delivery on the eastern border of Kayah state and in the Dry Zone.

In 2013, Pact received permission from the government to expand Shae Thot programming beyond its initial focus in the Dry Zone into Kayah state. The NGO says the LPI will deepen Shae Thot’s contributions in the Dry Zone and help address needs in the southeastern part of the country that are not currently served by other INGOs or foreign assistance.