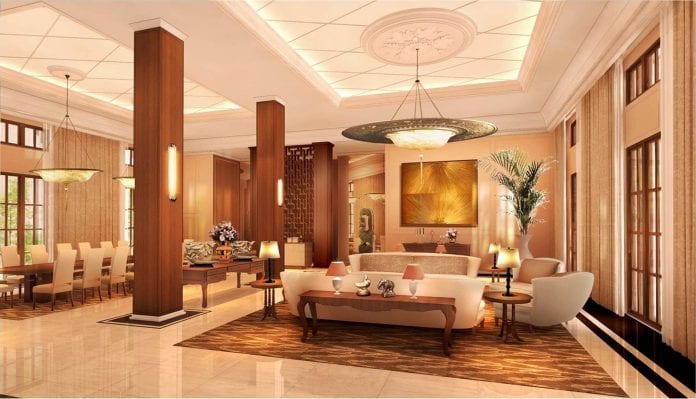 The 180-room Parkroyal Nay Pyi Taw opened with 90 rooms, with the remainder expected to be fully operational by the end of this year, said PPHG, which is a wholly-owned hotel subsidiary of Singapore-listed hotel and property company UOL Group Ltd.

The launch also makes Parkroyal the first international hotel brand in Myanmar to have presence in two major cities – Yangon, the commercial centre, and Nay Pyi Taw, the administrative seat of the government.

Nay Pyi Taw is the third largest city in Myanmar and has been listed by CNN as one of the world’s fastest-growing cities. As the capital, Nay Pyi Taw is expected to host a series of international events, starting with the ASEAN Leadership Forum in May.

Set within spacious landscaped gardens, the hotel is located within the vicinity of the Myanmar International Convention Centre, the official venue of government functions, and the hotel said it anticipates being the “accommodation of choice for many foreign and local dignitaries” who are expected to join the slew of meetings set to take place this year due to Myanmar’s ASEAN chairmanship.

Parkroyal Yangon, which was established over 12 years ago, is also undergoing a series of renovations this year to refresh its lobby, dining spaces as well as meeting and entertainment facilities, the hotel said.

The opening of the hotel under a management contract, and the refurbishment of Parkroyal Yangon come on the heels of another recent development of the group in Myanmar.

“As an early and successful player in Myanmar’s hotel industry, Pan Pacific Hotels Group is keen to capitalise on business opportunities within the flourishing tourism sector to solidify our position as one of the leading international hotel operators in the country,” said Bernold O Schroeder, chief executive officer of PPHG.

“The opening of Parkroyal Nay Pyi Taw in such a prominent location in the capital will give the brand greater visibility and boost the group’s Myanmar portfolio.

“We look forward to harnessing our in-depth market knowledge and strong reputation to win over more travellers with the quality accommodation and personalised service that we have become trusted to provide.”

PPHG said it continues to seek expansion opportunities in key destinations for both city and resort hotels in Myanmar.

Elsewhere in Asia Pacific, the group is to open its fifth property in China – Pan Pacific Hotel and Serviced Suites Tianjin – later this year. By 2017, it is also scheduled to launch five more Pan Pacific and Parkroyal hotels in Australia, China and Indonesia.

PPHG owns and/or manages close to 40 hotels, resorts and serviced suites with some 12,000 rooms including those under development in Asia, Oceania and North America under two brand names Pan Pacific and Parkroyal.