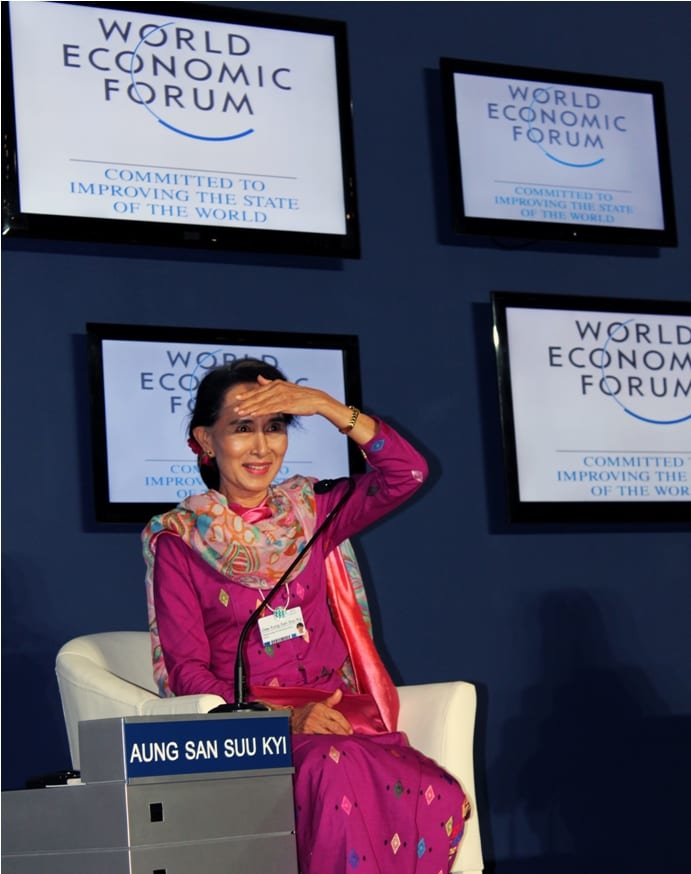 Nobel laureate Aung San Suu Kyi’s hopes of becoming Myanmar’s president next year have been dealt a blow when a parliamentary committee voted not to change a constitutional clause that bars her from the post, two of the panel members said.

The committee tasked with recommending amendments opted to retain the section that prevents anyone married to a foreigner or with children of foreign citizenship from becoming head of state.

The two sources declined to be identified and did not say why the proposal was rejected by 26 of the 31 panellists.

Most experts believe the clause, 59 (f), was written into the military-drafted 2008 constitution specifically to sideline Suu Kyi, who became a global icon for her fight against military rule, most of it from house arrest.

Her late husband was British, as are her two sons.

“Only five of the 31 committee members voted in favour of amending the section at the closed door meeting of the committee,” said a member who requested anonymity because the committee’s affairs are meant to be secret.

Suu Kyi and her National League for Democracy (NLD) party have been pushing for constitutional change ahead of next year’s election, mainly to reduce the political clout of the military, which ruled Myanmar for 49 years until a nominally civilian government led by retired generals took office in 2011.

The committee picked to assess amendments has only two NLD members on it and is comprised mainly of lawmakers from the ruling Union Solidarity and Development Party (USDP), which was created from a social movement of a similar name set up by the former junta.

The USDP has 14 people on the panel and seven members are serving military officers appointed as lawmakers as part of a 25 percent legislative quota allocated to the armed forces, a clause the NLD, which suffered persecution by the former regime, wants to change.

Myanmar lawmakers are assessing changes to the constitution ahead of next year’s parliamentary election.

A vote in the bicameral legislature to change the constitution to allow Suu Kyi to become president is still possible, although political analysts say it is extremely unlikely it would be passed because the military and its USDP allies dominate parliament.

Her party, however, said it was not over yet.

“We can’t say Daw Aung San Suu Kyi has no chance of becoming the president until the union parliament approves it,” said spokesman and senior party official Nyan Win.

“We need to wait till the committee submits its final suggestions at the parliament.”

Myanmar’s constitution was crafted by the former junta as the basis for the country’s gradual transition to democracy. The semi-civilian government has surprised the world with reforms that were unthinkable under direct army control and managed to convince Suu Kyi and the NLD to join parliament.

The United States suspended most sanctions in recognition of Myanmar’s sweeping changes, but still regards the constitution as undemocratic. Reuters