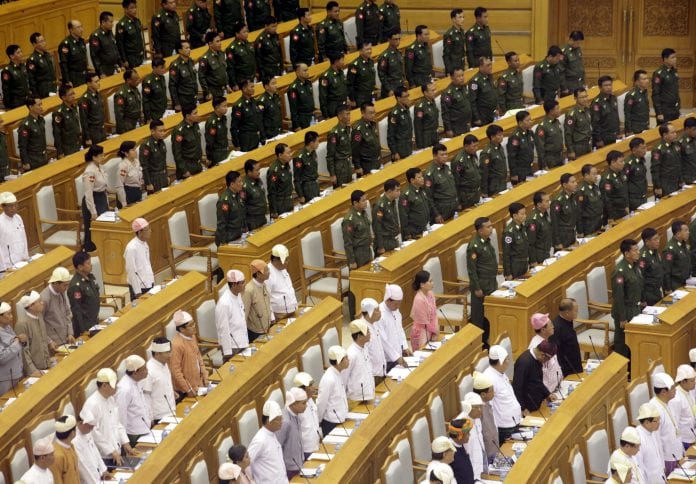 The motion, which covers police and military staff, also called for adopting appropriate minimum wage of workers and for the protection of rights and interests of farmers and fixing appropriate rewards and expenditures for officials and parliament members at various levels.

The government allowed in January a pay rise for government employees for 2014-15 to help them address their daily need and improve their living standard. The salaries were increased by K20,000 ($20), as well as pensions and other allowances on a proportional basis.

That was the third time President U Thein Sein allowed pay rise since he took office in March 2011.