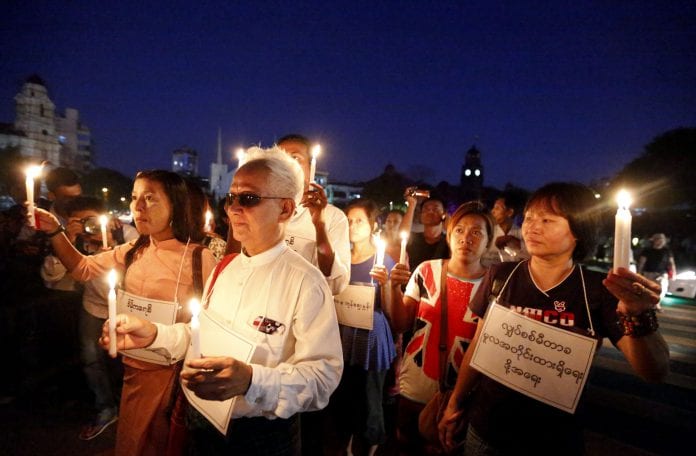 The move came after the parliament in November last year temporarily suspended the Yangon City Electricity Supply Board’s (YESB) October decision to hike electricity prices by more than 40 percent. The decision caused massive public outcry and days of protests, and the local media went as far as accusing the government of only considering the interests and profits of private companies. However, YESB said it hiked the prices in an attempt to allay rising power generation costs.

According to the proposal, the electricity price for public household will remain unchanged at K35 (3.6 cents) per unit of consumption up to 100 units. Consumption above 100 units will be charged K50 (5.15 cents), which was K35 before.

According to the minister for electric power U Khin Maung Soe, who submitted the proposal to the parliament, 56 percent of households do not use more than 100 units per month while 59 percent of businesses use less than 500 units. He said users at this bracket will essentially pay the same price, minimising the impact of the rise.

He told the parliament that due to the financial difficulties the ministry has failed to meet the power demand. Disclosing that Myanmar’s annual power consumption had increased by 15 percent, he urged private companies to invest in the sector to help generate more power in the short term.

The minister said the government will have to spend K12 billion ($12.37 million) under a new power generation scheme, and the country will need 2,300 megawatts (MW) of electricity in the coming summer against a maximum supply of 1,655MW.

The existing prices, which are two times that in 2006, have been in application since January 2012.