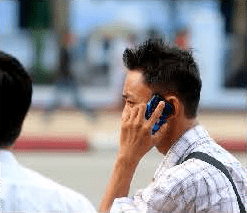 Myanmar’s parliament on Tuesday last week approved a telecom­munications bill in a bid to further open up the country’s telecom market.

According to the approved tel­ecommunications bill, foreign telecom companies are allowed to operate in the country with licence duration of minimum five years to maximum 20 years, state-run media reported.

The telecommunications bill was submitted to the union parliament for approval last November.

The bill, however, still requires the signature of President U Thein Sein to come into effect.

“We have not yet had an opportunity to review the leg­islation but look forward to the final approval of the Telecom­munications Law and to also reviewing the implementing regulations,” Telenor said in a statement.

“A clear and stable regulatory and legislative framework that ensures predictability and a level and transparent playing field is important for a long-term investor such as Telenor,” the Norwe­gian telecom giant said.

Telenor said it is still finalising the terms and conditions of the licence.

Myanmar’s government invited public tender from local and international investors for two telecom­munications licences in January. A total of 91 telecommunication com­panies submitted bids and 11 were shortlisted for the licence awarding.

Currently, state-run Myanmar Posts and Tel­ecommunications (MPT) and Yatanarpon Teleport Co Ltd are the only opera­tor in the country’s com­munication services.

The ministry has report­edly planned to extend the country’s phone lines up to 10 million in 2013-14 fiscal year. The government also plans to increase the percentage of mobile phone users to 80 percent by 2015. Currently, only about 9 percent of Myanmar’s 60 million population have access to mobile phones.

The telecoms bill has been closely watched by several rights organisa­tion including US-based Human Rights Watch, which in May after re­viewing a version of the draft bill raised serious concerns that the new law would provide inadequate protections against abuses in a country with a long history of censorship and surveillance.

HRW said that given the risk of complicity in rights abuses, the telecom firms should strive to increase transparency around government restrictions on the rights to freedom of expression and privacy.

“The companies should secure permission to publish the terms of any operating agreements and publicly issue a regular transparency report on how they have responded to govern­ment requests to limit the rights to freedom of ex­pression and privacy. The companies should report publicly on their progress in meeting their human rights responsibility as they finalise the terms of their entry,” HRW said in a statement earlier.