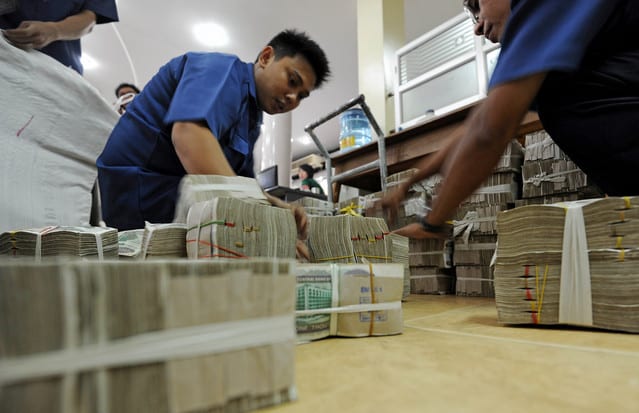 However, the increase in capital flows from foreign investments coming into the country has also wiped out the value of Myanmar’s currency.

In June, the IMF released a report estimating the country’s inflation rate will remain at 6.5 percent over this fiscal year, ending March 2015.

Khin Saw Oo said although fiscal measures are already in place to manage the country’s inflation concerns, the majority of parliament members voted that more monetary policy is needed.

Over 90 government members supported the bill, while only 10 parliament members vetoed the proposal.

The Myanmar Kyat’s value has stabilised in recent months but the increase of foreign banks into Myanmar could see international capital drive down consumer interest in the currency.

However, the IMF warned continual improvements to macroeconomic policy are needed to protect Myanmar from fiscal pressures.

“Ensuring this growth is sustainable and inclusive requires decisive implementation of a broad range of policies and structural reforms,” Davies said.

The current exchange rate of Kyat and the US dollar is approximately $1 to K975.

The Central Bank of Myanmar adopted a managed float for its currency, scrapping a 35-year fixed exchange rate in April 2012, setting a daily rate of K818 per dollar, near the black-market level at that time.

The previous official rate, pegged to the International Monetary Fund’s special drawing rights, was K6.4, 125 times stronger than the black market and available only to state-owned companies.