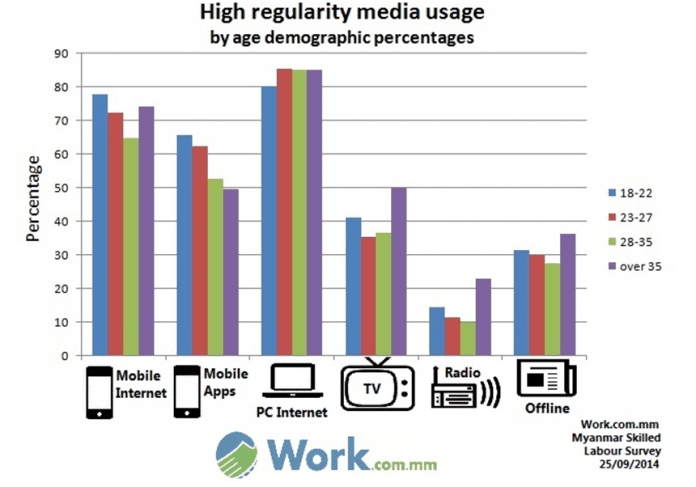 With so much attention on Ooredoo, Telenor, MPT and the mobile telecommunications boom these days, PC internet still reigns among Myanmar’s skilled labour force. A recent survey conducted by Work.com.mm, which received over 1,000 participants, reveals that 47 percent use PC internet “All the time”. That’s over double the usage of mobile internet (21 percent) and nearly triple the usage of mobile apps (17 percent).

Looking into the demographics of skilled labour media usage, we find some interesting results:

First, high regularity refers to those who answered with “All the time” and “Often”. Participants could answer between these two options as well as “Sometimes”, “Rarely” and “Never”.

The over 35 skilled labour population watches TV, listens to Radio and uses offline media with much greater regularity than younger educated populations. 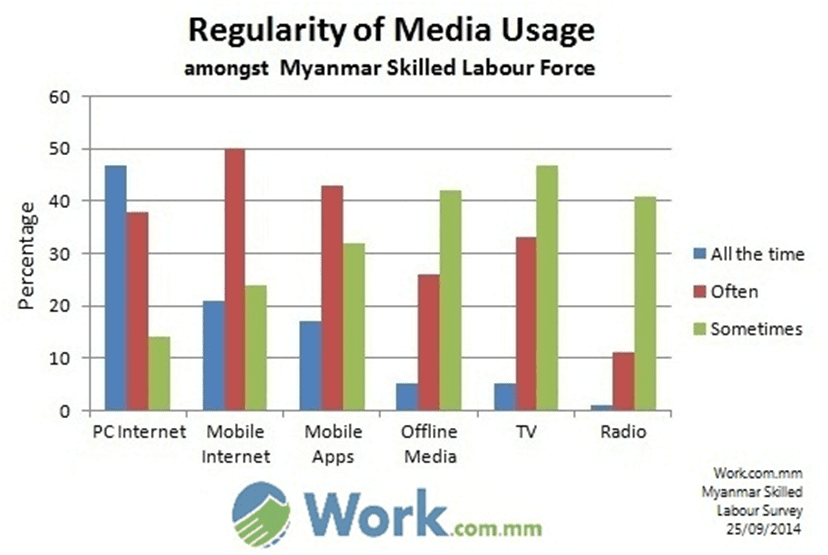 This group is also neck in neck with any other demographic in terms of mobile internet usage, but as mobile apps data shows, apps usage is less and less popular as population ages.

So are the educated mature just as tech savvy as the skilled youth? Regarding the use of the internet, whether accessed from PC or Mobile, they sure are.

Bennett Christian works as Head of Marketing and PR for Work.com.mm. This is the fourth article from the Work.com.mm “Inside Myanmar’s Job Market” project. Work.com.mm is an online job portal, which connects employers with jobseekers through its platform.