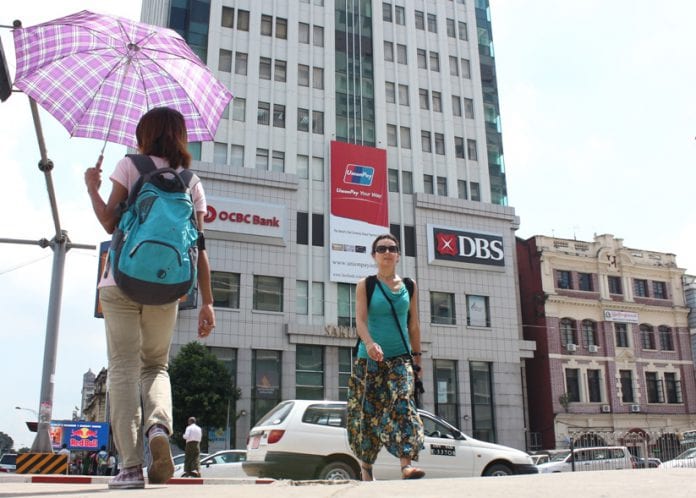 Applications for the Permanent Residency (PR) have begun, starting on December 29, a senior official form the Ministry of Immigration and Population told reporters at a briefing.

On the first day of application collection, 96 people applied for permanent residency, most of whom are ethnically Myanmar, but citizens of other countries.

“External experts and around five ministries are involved in the processing of PR applications. People designated as international refugees, those who have requested for political asylum and those who are blacklisted cannot apply. Those who have requested political asylum can apply after withdrawing their request for the asylum without having to renounce their citizenship,” U Maung Maung Than told a press conference.

Applicants who have been granted PR status do not have the right to be a parliamentary candidate, a candidate for a position selected by the public vote nor the right to vote or work as a government employee, U Ye Tun Oo, a director from the ministry, said, citing the PR law.

“This is the first time PR system is introduced and applications will be approved based on the annual requirements of the country. For example, if more doctors are required in the health sector or there are requirements for other professions, these factors would be taken into account,” he said. In addition to individual applications, spouses or relatives can be supplied with a PR household certificate. However, the other persons included in the certificate will not receive the PR status but be recognised as dependents. Apart from the restrictions in the law, they will receive similar benefits as the citizens, he said.

The PR that will allow foreigners five year residency in the country has been introduced, aiming to grant residency to experts, investors and business professionals required for the country’s development, former citizens who can contribute to the country and foreigners that have married a Myanmar citizen, according to the ministry.

The applicants for the PR system are subject to a non-refundable application fee of $500 and those approved by the board will have to pay an annual fee of $500 if they are former Myanmar citizens and $1,000 if they are foreigners. The annual fee is reduced to $300 for qualified applicants aged between 7 to 18 years while it is waived for children under the age of seven.