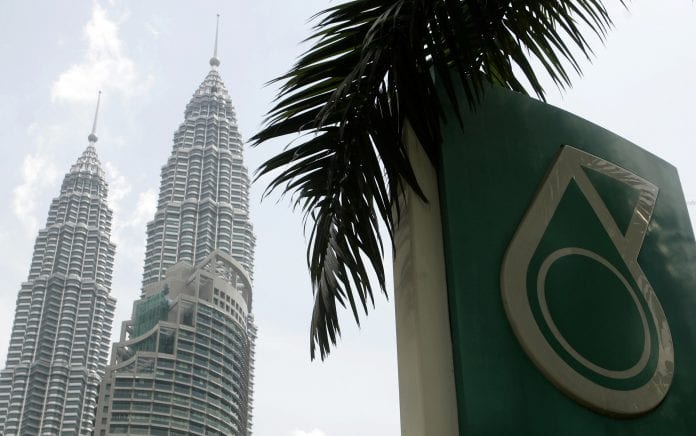 Malaysia’s Petronas is close to selling a stake in its Canadian shale gas assets to an Indian company as it looks to share some of the costs of bringing cheap liquefied natural gas from North America to energy-hungry Asia.
The state oil firm, which has been expanding abroad to shore up future earnings as production slows at home, bought Canada’s Progress Energy Resources last year in a deal worth around $5 billion that gave it shale gas properties in northeastern British Columbia.
“At this point in time it’s very positive but subject to government approval which should happen anytime now,” Petronas Chief Executive Shamsul Azhar Abbas said last week, referring to the deal with the Indian company.
He declined to give further details.
Earlier this year, sources told Reuters that Petronas was in talks to sell 10 percent of its Canadian shale gas assets to Indian Oil Corp.
The Malaysian firm has already sold a 10 percent stake in the integrated shale gas development and LNG project to Japan Petroleum Exploration.
Shamsul was more cautious about the fate of an $850 million deal to buy a stake in two Brazilian offshore oil blocks controlled by the ailing OGX Petróleo e Gas Participações SA, saying it would wait for a court decision on OGX’s bankruptcy filing before deciding on the plan.
The beleaguered Brazilian oil company OGX, owned by former billionaire Eike Batista, sought court protection from creditors last month in what was Latin America’s largest-ever corporate bankruptcy filing.
OGX has said that it expected to end up in arbitration over the deal with Petronas.
For the three months ended September, Petronas posted a 16 percent rise in net profit from a year ago to 14.47 billion Malaysian ringgit ($4.52 billion), helped by higher demand for crude and a return to production in South Sudan.
Total quarterly domestic and international output reached 2.06 million barrels of oil equivalent, up from 1.90 million a year ago, as the Fortune 500 company resumed operations in South Sudan and ramped up output in Malaysia, Iraq and Canada.
In the first nine months of the year, production was up 6 percent from the corresponding year-ago period.