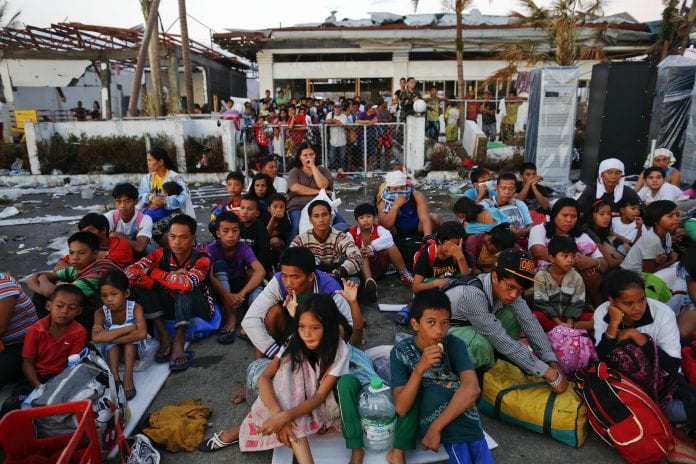 When Typhoon Haiyan (locally named as “Yolanda”) swept across the Philippines late last year, killing more than 6,000 people, displacing more than 4 million, and causing nearly $1 billion in damage, it became the third massive tropical storm to hit the island nation in less than 12 months.

The ferocity of the typhoon sparked speculation among the media, politicians, and experts that such extreme weather is a direct consequence of climate change (Haiyan is the most powerful storm of its kind to make landfall on record).

“In this context, it is recognised as being among the world’s most vulnerable countries to climate change.”

Rising to the challenge

In recent years, the Philippines government has taken action on this issue, passing the Climate Change Act of 2009. This legislation established the Climate Change Commission (CCC) as a centralised policy-making body on issues related to climate change.

As part of this effort, CCC has been working with the GGGI on a project – Demonstration of Eco-town Framework in the Philippines.

To be finalised in March, the project was designed to demonstrate how at-risk municipalities can become ecologically stable and economically resilient to climate change.

The bulk of GGGI’s work took place in the town of San Vicente in the province of Palawan, one of the westernmost islands in the Philippines.

San Vicente is a municipality of about 30,000 inhabitants and has a total land area of 165,798 hectares. The town is highly vulnerable to sea-level rises, coastal inundation, flooding, and, conversely, drought.

In a place where fishing and farming make up nearly 60 percent of all economic activity, the increasing threat of climate change has drastic implications for its economy and food security.

The CCC and GGGI conducted climate change vulnerability and risk assessments and environmental and natural resource accounting in multiple sectors, including agriculture, coastal and marine, forestry and health.

These analyses found, among other things, that climate change will likely cause decreased crop yield for farmers, increased deaths among about 4,000 work animals, higher levels of coastal erosion and sedimentation that will threaten the livelihoods of around 8,000 people engaged in fishing, and increased water-borne and vector-borne diseases.

The analysis also found that San Vicente needs to strengthen its response to climate change. There are few locally-based agriculture specialists and officials to help farmers introduce alternative, more resilient crops. Meanwhile, the fishery sector has not modernised its methods and processing facilities, making it all the more vulnerable to the increasing pressures on coastal and marine resources.

Based on the analysis, the CCC-GGGI team, through consultation with local and foreign stakeholders and experts, suggested an array of adaptation measures for the town. According to a forthcoming report, these measures were based on “effectiveness, cost, technical feasibility, social and cultural feasibility, required time, and sustainability and overall impact.”

Some of the recommendations include modernising farming practices to include weather stations and small-scale irrigation facilities, introduction of more climate-resilient crops, establishing sea walls and dikes, setting up an early warning system, involving the private sector in coastal planning and management, conducting training on disaster risk reduction and management, and providing a clean and adequate water supply system.

“The suggested measures were presented to the municipal government of San Vicente to incorporate them into their development planning,” said Kim.

“This process is the so-called ‘climate proofing’ of local economic development. In other words, as San Vicente attempts to grow and diversify its economy – in recent years there has been a great push to attract more tourism – it must take these adaptation measures into account into every aspect of its economic planning. Doing this, according to the analysis carried out by the CCC and GGGI, will reduce the town’s vulnerability to climate change.”

On February 5, the Assembly of San Vicente passed a resolution adopting the results of the analysis undertaken by CCC and GGGI, including the suggested adaptation measures. The Assembly also passed a further resolution “expressing thanks and appreciation” to the CCC and GGGI for their work in San Vicente.

The CCC and GGGI are now taking the lessons learned from the Eco-town Framework and applying them at the provincial level. Dubbed the Eco-town Scale-up, the project began in late 2013 and will enhance climate resilience and promote green growth in four provinces, which could then be replicated in provinces nationwide.

The Eco-town Framework effort received the support of the Philippines, Benigno Aquino III at a meeting January 22.