Philippines Seeks Bids from Exporters in Rice Deal, Including Myanmar 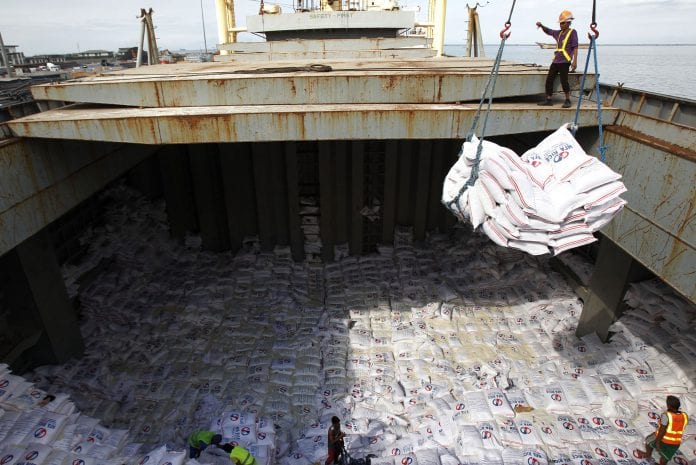 The Philippines is seeking bids from exporters in at least seven countries in its tender to buy 800,000 tonnes of rice, a government official said last week.

The Southeast nation, which typically imports rice from Vietnam and Thailand, is looking to bolster stockpiles for the second half of the year when little of the staple grain is harvested domestically.

“We have invited all rice-exporting countries, even the United States,” said National Food Authority (NFA) Deputy Administrator Ludovico Jarina, adding that he hoped this would boost the chances of getting a good deal.

Rice exporters in Myanmar, Pakistan and India may also bid for each or all of the four 200,000-tonne lots, Jarina said.

“It’s possible that there will be multiple winners. We will choose the lowest price,” he said.

Vinafood 2, Vietnam’s top rice exporter, has taken bid documents and is looking to supply the entire volume, while Thailand’s government has expressed interest in participating in the April 15 open tender, Jarina said.

Vinafood 2 and the embassies of Thailand and Cambodia in Manila sent representatives to a pre-bidding conference held at an NFA office on Thursday.

Bids will be for the supply of 15-percent broken, long grain well-milled rice in US dollars per tonne, on a CIF/DDU basis.

The Philippines, one of the world’s biggest rice buyers, is also looking to stabilise local retail prices of the grain, which hit a four-month high in February amid thinning local supplies.

The NFA is seeking delivery of the 800,000 tonnes in four shipments between May and August, with an approved budget of 17.2 billion pesos ($383 million).

Its purchases could provide support to rice export prices in Asia, with Thai rice prices steadily falling on rising supply as farmers harvest their second crop.