Polo Club Residences to Stand Above the Upper City 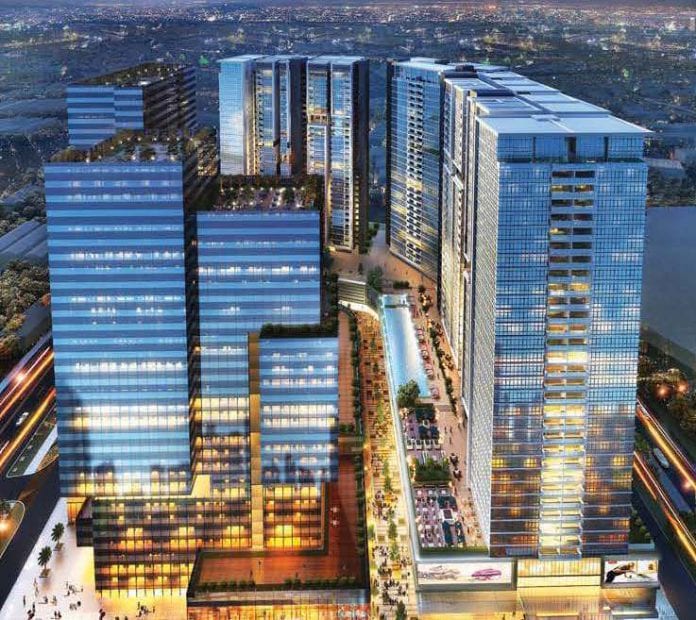 The Polo Club Residences, an under-construction complex in Yangon’s Tamwe district, will be an all-encompassing complex, insulating residents from the outside world with all manner of private facilities, according to the chairman of the project U Khin Maung Aye.

The Polo Club is aimed mainly at foreign clients. Of the 90 plus rooms that have already been sold out, 70 percent have gone to foreigners, mostly technicians, specialists, and executives sent to work here, buying to avoid high rental prices.

Of those that have already bought rooms, approximately 40 percent are from Singapore, 40 percent from Taiwan, and 20 percent from Hong Kong, U Khin Maung Aye told Myanmar Business Today.

They have not officially launched, and will not do so until the pilings are poured and a model apartment is built, but will advertise across East Asia, mainly in Singapore, Hong Kong, Taiwan and Mainland China.

When built, the Polo Club Residences are intended to be an enclosed community, largely separated from the surrounding area, with restaurants, shopping, a hotel, and living facilities.

“We have an Olympic-sized swimming pool, and there will be no swimming pool like ours. There will be 16 floors of facilities, including a gym, playground, function rooms, a coffee club, etc.

“In terms of public access to facilities, some parts we will accept, some parts we will not accept. The swimming pool may not let outsiders in, but if we do accept them, it will be very expensive. People inside can feel that they have earned this,” said U Khin Maung Aye.

“We don’t want to be around other high-rises, so that we will have good view, and be prominent in the city. I don’t feel that there needs to be more development. It is best for the community that we will be very prominent.”

Construction is scheduled to be finished within three years, but they will have to wait one year to receive a completion certificate. The location of the complex is important, and signifies a growing shift in the development pattern of Yangon. Located in Tamwe district, it is outside of the height-restricted area surrounding the Shwedagon Pagoda, allowing them to build “within three inches of YCDC’s limit.”

Development in Yangon has shifted away from the downtown core recently, with little remaining space to develop. The north is restricted by Mingalardon airport, but the east is seen by many as open to development.

U Khin Maung Aye believes that rent will remain high in Yangon for the next 5 to 10 years, making properties such as his a good investment. He said that people should invest in high-end properties, as the government will build many cheap apartments, lowering the prices of cheaper housing in the medium-term.