Pou Chen to Invest $100m in New Manufacturing Base in Myanmar 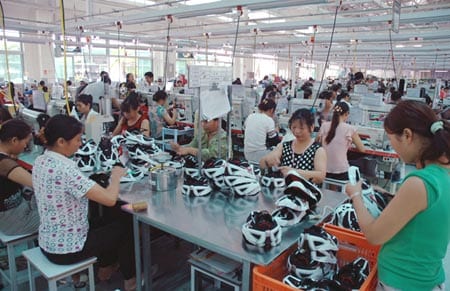 Taiwan-based Pou Chen Group, world’s largest contract manufacturer of footwear by shipment, has decided to invest $100 million to set up its first manufacturing base in Myanmar.

The new plant occupies some 16 hectares in Myanmar’s capital, Yangon, and is scheduled to be operational at the end of 2015, with monthly output of 300,000 pairs of shoes initially and raised to 800,000 pairs in 2019, according to Pou Chen’s CEO, Patty Tsai.

With gradually higher wages in China, and the recent violent anti-China protests in Vietnam, Tsai pointed out that Pou Chen is eagerly trying to set up production in other countries, besides China, Vietnam and Indonesia, as part of its strategy to expand overseas output and hedge risks of concentrating production in a single place, hence leading to its new plant in Myanmar.

Meanwhile, Tsai noted, Pou Chen is also enhancing production efficiency at its existing plants by increasing use of autorotation equipment.

The CEO indicated that Pou Chen aims to raise the proportion of output from automation equipment by 5-10 percent in each of the next three to five years, to result in 10 percent increase in overall output a year.

Based on the estimates, institutional investors forecast the group’s annual capacity to exceed 400 million pairs in three years from the current 320 million pairs.

For the first five months, the group’s cumulative consolidated revenue totalled $3.278 billion for a 8.37 percent increase over the same period of last year.