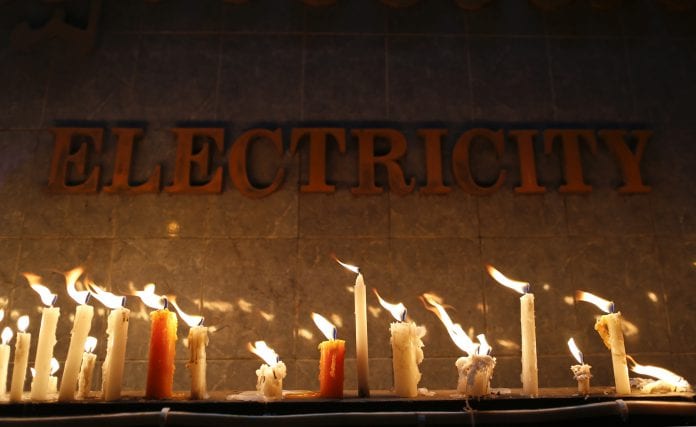 The government in Myanmar is showing resolve: just months after backing down over price hikes to electricity, the issue is back on the table. Last month, in a move many expected only after next year’s elections, Myanmar’s parliament approved a new block tariff scheme for households and industry. The price hike should stem some of the government’s haemorrhaging from massive subsidies to the power sector, but prices will remain under production costs, according to experts.

In Myanmar, just like many other parts of the world, electricity pricing is as much about politics as it is about economics. Until the government gets the politics right, experts warn that the country’s electricity costs will continue to stifle economic growth.

Turning on the lights in Myanmar falls heavily on the government – it was designed that way. The country’s power sector is based on a state-owned single buyer model. Under the Myanmar Electric Power Enterprise (MEPE), the government buys electricity from public and private producers. MEPE sells that electricity to two entities: the Electricity Supply Enterprise (ESE) and the Yangon Electricity Supply Board (YESB). The Ministry of Electric Power (MOEP) oversees the transmission and distribution.

The adage is buy low and sell high, but as if something was lost in translation, Myanmar does the opposite. When the government announced price hikes last fall, many commentators saw it as the beginning of a transition to more stable output and an impetus for power producers to increase domestic capacity. But once that increase was revoked after protests, analysts warned that investors might be scared away for the time being. It’s too early to tell what impact this latest hike in tariffs will have, but earlier commentary indicates it doesn’t go far enough in solving the country’s problems. Still, an incremental and phased approach to higher prices may be the only way consumers will accept the heavier burden, according to Vikas Sharma, an associate director at Frost & Sullivan in Singapore. Indeed, the best solution is the one that works in the real world.

Even with the higher rates passed on March 19, prices are below where the market would indicate. Estimates for production costs vary, with hydropower the cheapest, but some experts put production costs as high as K125/kWh (almost $0.13/kWh), above the old and most of the new tariffs. That means the government will still have to subsidise costs. Nomita Nair, a Singapore-based attorney with extensive energy and Myanmar experience asks about the government: “What happens when they go bust or can’t meet demand?” It’s a valid question. If the government can no longer subsidise energy, what will happen to production levels and how will the populace react?

The price hike will push household tariffs up by 14 to 30 percent, depending on the amount of usage. Commercial fees will stay the same for 60 percent of companies, but for larger users (defined as consuming more than 500 units a month), prices will double. Experts tell Breaking Energy that prices should rise to between 10 and 15 cents from around three cents now, but the new hike only raises tariffs by one to two cents. Still, the new tariffs are “welcome news,” according to Dejan Dostojic, leader of the World Bank’ team on Myanmar’s electricity power project and will “significantly reduce the budget support of the sector.”

Looking back, an example from October 2012 highlights the enormous subsidies and unsustainability of the program. At that time, the government bought electricity at K80 per kWh (approximately $0.08/kWh) while selling it to households at K35 or 50 per kWh ($0.03- 0.05/kWh). Industry was charged K75 per kWh but consumes significantly less than households. That’s a loss of K5–45 per kWh. And while Myanmar is sitting on significant natural gas resources, this is not Saudi Arabia or another state flush with cash. Nair summed it up by saying “like many other resource rich countries, they are still electricity poor.”

Compared to its neighbours, Myanmar has some of the lowest electricity tariffs in Asia. This has led to a huge subsidy, which the government puts at K185 billion (approximately $191 million) a year, though this should shrink significantly with the new tariffs. With prices below costs, producers cannot expand production to keep up with growth in demand or electrify the entire country. Remember, connectivity rates are abysmally low, with estimates between 20-30 percent. Low prices also deter IPPs from entering the market, say experts. Even still, foreign companies are lining up for new projects. On the sector, Dostojic told Breaking Energy, “there is no lack of interest in Myanmar.”

“While price increases may lead to widespread protests (like the backlash against the hikes in 2013), the government needs to hold its nerve, and prioritise long-term benefits over short-term populist pressures,” Vikas Sharma said.

For those without access, a diesel-powered generator is an expensive but reliable option: operating costs are as high as $0.50/kWh. For a country so desperate for electricity, it’s not surprising that diesel fuel is one of the most commonly smuggled imports, according to the US government’s report on doing business in Burma.

If it’s neighbour China can be said to run on coal, Myanmar runs on biomass. Almost two-thirds of primary energy in Myanmar comes from wood, charcoal, agriculture residue and animal waste. This highlights the scope of work the government has to transition its population of 60 million – mainly rural – away from burning wood and manure to using hydropower, natural gas, coal and renewables for energy.

The government is eyeing increased production, but it will be difficult to get there. Poor distribution systems coupled with inefficient plants and hydropower stations far removed from demand centres have all complicated Nay Pyi Taw’s efforts to increase production. In fact, the government used to control all generation capacity, but local anger over the situation prompted the state to allow private producers into the market a few years back, according to a report by Subha Krishnan.

In 2012, if all power-generating plants were operating at full capacity, Myanmar should have produced close to 34,100GWh. But the country generated just 10,800GWh, according to Sharma. As his analysis demonstrates, it’s not just a matter of increasing capacity. Efficiency, poorly maintained plants, a lack of water, transmission losses and load shedding are all significant areas that must be addressed.

With GDP projected to grow around 6-8 percent annually (and some enthusiastic estimates show GDP quadrupling by 2030), the country’s electricity demand is set to skyrocket. Beyond increasing capacity, the government has indicated it wants 50 percent of the population connected by 2020-2025. The World Bank is working with the government to achieve universal access by 2030. While the connectivity rate is abysmal – it has grown from just 16 percent in 2006 – electricity production grew 14.7 percent annually for the past four years.

The government’s low growth scenario shows demand doubling every ten years. But more realistic projections show demand growing at 1.5-2 times the rate of GDP, implying 9-14 percent annual growth. In 2011, the country generated 1,100MW but demand was 1,533MW, showing a huge gap and resulting in load shedding. Even if output doubled every five years, it would take five years to meet today’s needs. During that period, demand would have grown 12 percent, according to the World Economic Forum.

Despite the problems associated with the country’s hydropower supply, Myanmar has identified 300 potential hydropower stations with a combined capacity of 46,331MW. Of these, 60 identified sites would each have production capacity above 50MW, providing a total of 45,293MW.

While exporting natural gas, mostly to neighbours Thailand and China, only about half of the country’s gas demands are met. In recent years, natural gas accounted for 40 percent of total exports, showing how much the country relies on the fuel for economic growth. Plans to increase domestic output are in the works but these are years off, according to experts. According to Nair, the government hinted that oil and gas tenders under review now would prioritise domestic use.

This article is the second of a series in Breaking Energy on Myanmar’s power sector. It was originally published in Breaking Energy’s website and has been republished with the publication’s permission. The final part, which will be published in Myanmar Business Today next week, will shed light on independent power producers (IPPs) and foreign direct investment (FDI) in Myanmar’s power sector.