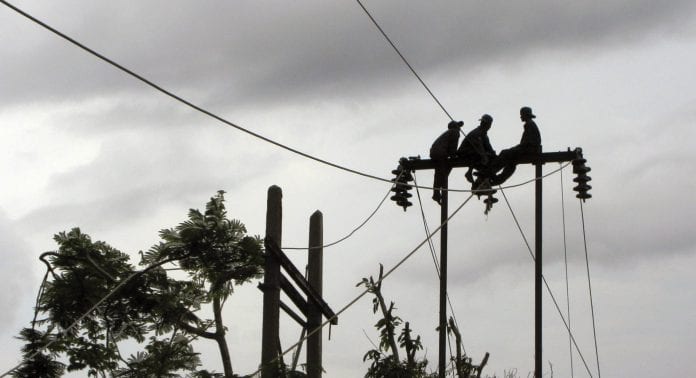 While residents of Myanmar protest over electricity – sometimes on pricing, other times on access and most recently on environmental concerns and Chinese involvement – foreign investors are watching Myanmar’s opening economy with hungry eyes. It’s a country with a huge population, low electrification rates and a robustly growing GDP that desperately needs more reliable energy. Myanmar allows power producers to export the bulk of the power produced domestically to neighbouring countries, despite its own unmet demand. But legal roadblocks, opaque regulatory structures, a highly subsidised electricity program and an angry populace only boost the risk profile for independent power producers (IPPs) and foreign investors.

With the loosening of sanctions, interested investors are arriving from outside Myanmar’s neighbourhood. While investments from China, Thailand, Japan and South Korea remain strong – and analysts say interest is as much about a geopolitical play for dominance in the region as it is about financial returns and producing power – the US, European countries and to a lesser extent, Australia have all shown interest.

Foreign investment in the country brings up more questions than can be answered; those involved in the power sector say the basics – a legal infrastructure, a sensible pricing scheme and a clear decision making process – do not exist, yet companies are vying to break into the market and gain access before competitors. In 2012, Myanmar passed a foreign investment law, but there hasn’t been anything since dealing specifically with foreign investments in power production. That law set out parameters to encourage investment in the country, mainly through tax exemptions, a vow not to expropriate investments and an agreement to use international dispute resolution instead of domestic courts, according to Singapore-based attorney Nomita Nair. The World Bank and Asian Development Bank (ADB) are both working closely with the government on developing the industry and putting the right regulatory structures in place. Although approval for the National Electrification Program is likely in the fourth quarter of this year, Michael Spolum, a Fulbright-Clinton fellow working with the President’s Office in Myanmar, told Breaking Energy, developing the legal and policy frameworks to support the program takes time.

In April last year, after opening its Asian operations, Florida-based APR Energy identified Myanmar as a key area for growth. According to Clive Turton, head of business development for Asia at APR Energy, supplies of high-quality indigenous gas, a low electrification ratio and a vast market – Myanmar has a population of 60 million people, slightly larger in size than England – all make Myanmar an attractive market.

This is the first American power company to enter since the sanctions were eased. APR Energy is building a 100MW gas-fired power plant about 50 kilometres (31 miles) outside Mandalay that it expects to have up and running soon. This will make it one of the largest thermal power plants in the country and likely, one of the most efficient. The speed at which APR Energy can set up power plants is likely one of the factors that helped them win the contract. “In the case of Myanmar, it was very important to put it together quickly,” said Turton.

APR will build and maintain the plant, selling electricity to MEPE. Turton wouldn’t give details on pricing, but said it was in line with other independent power producers in the country. Having allocated domestic natural gas for the project, Turton said the government “awarded the contract on the basis of who could use that gas most efficiently.”

Despite the legal uncertainties and lack of a regulatory framework, being first through the door didn’t prove especially difficult for Turton. According to him, the government “announced the invitation back in September last year and we were invited, along with several other companies to submit bids. The process was simply a process of preparing the bids and selecting the suppliers. Bidding was very transparent.”

Nair says this type of investment – from Western countries – is particularly welcome. The country wants “Western technology, know-how and higher standards, in terms of environmental standards and training,” she said. Historically, the country partnered with North Asian investors for power plants. And the Chinese, as active as they are, might be wearing out their welcome. Of 48 identified planned projects, 33 involve Chinese investors, according to a presentation by MEPE and YESB given in 2012. The most recent protests on energy aren’t over the recent price hike, but over a Chinese hydropower dam. It was originally meant to export 90 percent of the energy outside the country’s borders, but was stopped in 2011. Now, citizens are concerned the project will move forward after the 2015 election and cause ecological harm.

Myanmar is open for business, but investing remains a complex process. Still, the government has a powerful ally with the World Bank working on an investment prospectus. Of the two billion dollars the World Bank committed to the country, “half is earmarked for electricity,” said Dejan Dostojic, leader of the bank’s Myanmar power project. While the development plan is still in the early stages, Dostojic couldn’t comment on how all the money would be used, but he did say the bulk would go towards improving the distribution system. This should be welcome news to both producers and customers.

Without a legal framework or a set agreement on PPAs (these are set on a per project basis), investors face significant risk. While Nair says the government has set out parameters to encourage investors, other experts seem more sceptical, pointing to the lack of institutional frameworks and some ambiguity in the system. But the government is getting help, said Spolum: “The government has the full and unwavering support of the donor community and is firmly committed to expanding the power sector in a manner that is transparent and equitable, however, developing effective and intelligent institutions, laws and regulations takes time.” Still Nair warns that sanctions remain on certain Myanmar entities that companies need to be aware of, but investment is possible.

Myanmar is under tremendous pressure to get the framework and laws right. An expert close to the issue, who asked to not to be identified for fear of angering the government, says the “bureaucratic risk aversion” is pervasive in the country, and “decisions are always passed to the top.” This translates to a slow bureaucratic process. Dostojic emphasized the need for internal work on the government. On top of their efforts to help the government extend electrification across the board, “institutional building and capacity building in the government is a major task,” said Dostojic.

Not only that, but the government body in charge of investments – the Myanmar Investment Commission – is bombarded with projects from small-scale timber mills to big oil and gas projects.

All of this leads to an “intense administrative burden, which has, despite the best cooperative efforts of many capable and committed officials, slowed the flow of FDI into the country,” said Spolum. “Authorities are of course aware of the challenges and are proactively working to tweak MIC approval processes to accelerate FDI inflows without compromising accountability or transparency,” he added. And indeed, if APR Energy’s experience is anything to go by, the process has the potential to be transparent and smooth.

Despite the challenges, there is no lack of interest in the country, say experts. In terms of pricing, some developers won’t care if the price is ultimately passed onto the consumer or if it’s subsidised by the government, argues Nair. Even though the government isn’t in a position to give “significant financial incentives on its own to attract FDI,” with help from international organizations, “this makes [Myanmar] an attractive FDI destination for investors,” according to Vikas Sharma, associate director at Frost & Sullivan.

In the countryside where the need for electricity is great, the perceived risk is even higher. Spolum says he’s working with private and public sector stakeholders and NGOs to bring “upland rural areas with high agricultural potential where many investors won’t go because the risk profile is a bit too high for them.” In rural areas with access to some electricity from mini-grids, feedstock is diesel and tariffs are as high as $0.31–$0.52 per unit, compared to $0.03–$0.05 for households connected to the national grid. Spolum says this proves that many rural areas are able to pay higher rates for electricity, however the tradeoffs are high, with some households spending up to 30 percent of their income on power. Spolum optimistically notes that, “opportunities exist to harness donor and private sector support simultaneously, and in doing so reduce the high tariff burden while still delivering quality, life-transforming electricity to the poorest segments of society”.

Investing only in the urban areas instead of the rural areas, where electrification rates are dismally low, even by Myanmar’s standards, runs the risk of exacerbating the rural/urban development divide. Some analysts expressed concern that such disparities may fuel conflict between the lowland populations – likely to be the first to benefit from grid-connected electricity – and ethnic areas, where geography will slow the grid’s expansion.

The government won’t be able to stimulate power sector unless it gives certainty on gas, procurement, and tariffs, according to Nair. Even with processes in place, Spolum says large-scale projects are years off. Those projects – ones backed by outside financing with large nameplate capacity – could take half a decade to complete.

Even with tremendous support from outside sources, Myanmar has a tremendous amount to lose if it doesn’t get this right. Dostojic pointed out that the years of isolation meant the country lacked information about advances in the power sector, environmental and social safeguards and procurement and financial management systems. The coming influx of investments should help ease that, but it remains up to the government to ensure electricity is provided across the country and not just to the urban centers.

This article is the last of a series in Breaking Energy on Myanmar’s power sector. It was originally published in Breaking Energy’s website and has been republished with the publication’s permission. For more on the challenges facing the government and how the country uses electricity, read the first part, and for details on the government’s pricing structure and demand projections, please read the second part here.