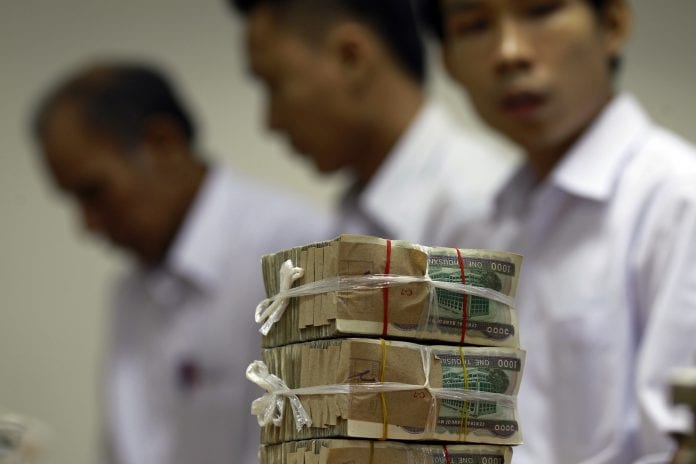 President Thein Sein has proposed that a former head of the central bank of Myanmar be brought back as governor as part of reforms that will make it independent from the Ministry of Finance, a source at the president’s office said.

“In his message sent to the Union Parliament, the president proposed appointing Kyaw Kyaw Maung, retired central bank governor, as the governor,” the senior official said, asking not to be identified.

Kyaw Kyaw Maung, a career banker in his early 70s, was governor of the central bank from 1997 to 2007. He graduated from Mandalay University and briefly worked there as a tutor before joining the Ministry of Finance.

Thein Sein signed a new central bank act into law on July 11, adding to the economic and political reforms he has pushed through since taking office in March 2011 after nearly half a century of military rule.

Than Lwin, vice chairman of KBZ Bank, the biggest private bank in the country and a former vice governor of the central bank, applauded the mooted appointment and those of other senior officials.

“I think the president has made the right choices to take care of nurturing the newly reformed central bank. Parliament should approve it very soon,” he said.

Aye Maung, an upper house lawmaker, said the proposals would be tabled for the current session of parliament this week.

The source from the president’s office said the present governor of the central bank, Than Nyein, had been proposed for a post of vice governor. Than Nyein, 60, a former army officer, took over from Kyaw Kyaw Maung in 2007.

Set Aung, deputy minister of national planning and economic development, and Khin Saw Oo, a senior official at the central bank, had also been put forward as vice governors.

Set Aung is a Western-educated economist in his early 40s. He has been deputy minister as well as a presidential economic adviser for about a year.

Khin Saw Oo, a career banker in her early 60s, is currently in charge of the regulation of financial institutions and the anti-money-laundering department.