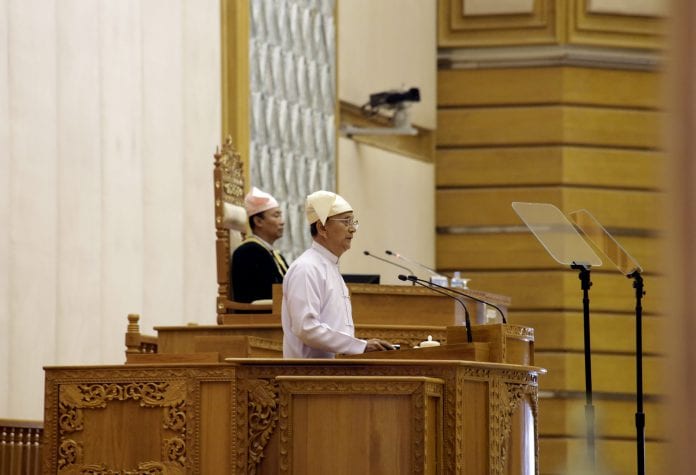 U Thein Sein made the remarks in the parliament on the occasion of the third anniversary of the taking office of his government.

He underlined that achievements have been made to some extent in economic market policy, attracting foreign investment and establishing Special Economic Zones which resulted in creating job opportunities and possessing higher technologies.

On attracting foreign direct investment into the country, Myanmar’s new Foreign Investment Law was enacted in November 2012, replacing the 1988 version.

Foreign investors mainly invested Myanmar’s mining sector before lifting sanctions on the country, he said, adding that nowadays the ratio of investment has changed and the investment flows into construction and industrial sectors.

He pointed out that in 2013, Myanmar’s FDI amounted to $3.5 billion which was injected into manufacturing, hotel and tourist sectors, up from $1.4 billion in 2012.

It is expected that investment will be high in such sectors as telecom, airport projects, special economic zones and garment.

As for tourist sector investment, he said Myanmar attracted over 2 million tourists last year and the figure is expected to reach over 3 million in 2014 and 5 million in 2015.

He pledged that the government will help to develop commodity production of ethnic entrepreneurs in the country.

Dealing with Framework of Economic Social Reform (FESR) which was completely drawn at the end of 2012, he said that Myanmar has won support from international organisations and most foreign countries.

Myanmar secured $6-billion debt relief from Norway, Japan, Germany and other Paris Club creditor countries due to the vigorous reform process under the Framework of Economic Social Reform (FESR), he said.

The president added that government and private entrepreneurs would cooperate in Small and Medium Enterprises (SME) sector development.