Rakhine Gov’t Steps up to Save Declining Fish Stock 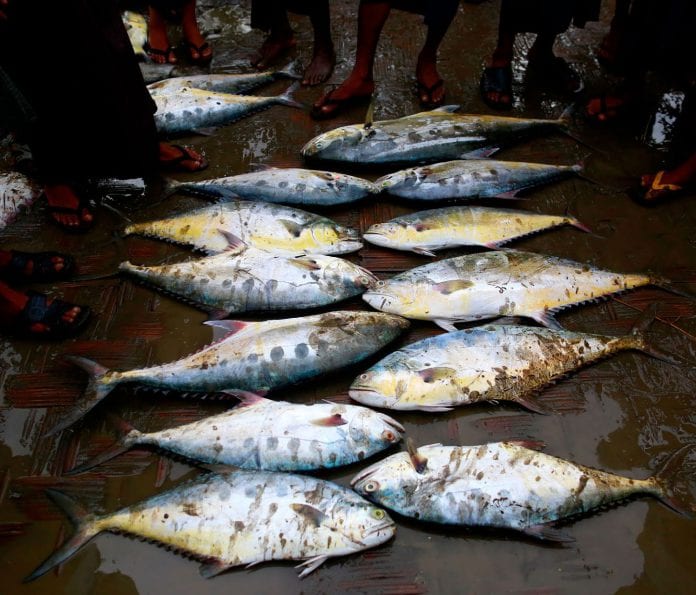 In order to preserve fisheries and resources, a pilot plan that can manage aquatic resources used by fishermen is being implemented in five townships of Rakhine state, according to an official from the Rakhine State Government.

The plan intends to provide technologies to local fishermen to manage fishing levels and preserve habitats.

Fish populations have decreased over 60 percent in the last decade in Rakhine state, according to Pyopin, mostly due to damaged ecosystem and fishing above legal limits.

Sittway, Pauktaw, Gwa, Myaypone, and Kyaukphyu townships are coordinating with Pyopin, a local organisation that is lending money to implement the plan.

A spokesperson for Pyopin, U Maung Maung Thein Pe, said, “We will provide financial support to implement modern technologies. This is in line with the already-enacted Freshwater Fisheries Law.”

The Freshwater Fisheries Law was enacted in October 2014.