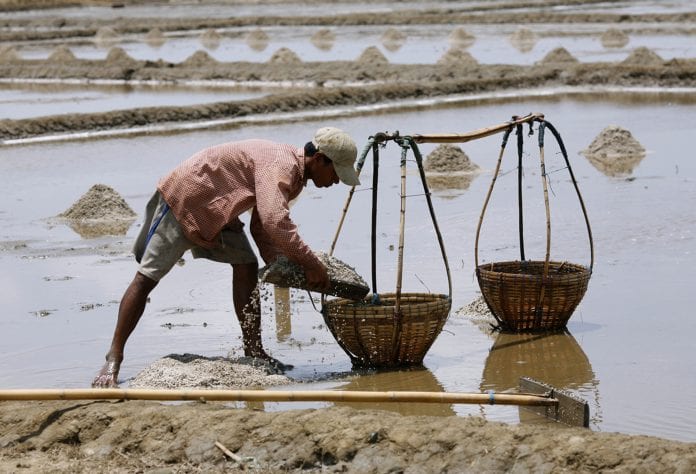 The Rakhine state government is planning to issue a loan of K30 million to salt producers to encourage them to utilise plastic sheets in producing salt, which can ensure quality, said U Hla Thein, chief communication officer of the state government.

“Salt produced in Rakhine is mostly exported to Bangladesh, but the exported raw salt is covered with mud and not very clean. We have exported salt to Bangladesh until early 2014,” U Hla Shwe Aung, a salt farmer told Myanmar Business Today.

Despite having resumed salt imports from Myanmar due to the request of the Rakhine state government in 2013, Bangladesh stopped buying Myanmar salt in early 2014 due to poor quality and hygiene problems, instead turning to India to buy salt, U Than Win, secretary of Rakhine Salt Farmers Association, told Myanmar Business Today.

“Bangladesh said if they are to buy salt from Rakhine state, it needs to be clean and high quality. They want only clean salt and won’t keep buying our salt like five or six years ago.

“Now salt producers in Rakhine are beginning to use plastic methods and the state government is also trying to support them as best it can,” he said.

To help the salt farmers produce high quality salt, the state government will issue a loan of K30 million to farmers which will provide the means to buy 500 plastic sheet rolls which cost K60,000 each, U Than Tun Aung, deputy minister for mining, told a session of the upper house.

The state government is issuing loans to farmers with the aim of enhancing the ability of salt industry to be able to produce high quality raw salt, U Hla Thein told Myanmar Business Today.

According to the statistics of the state government, 1,287 salt fields in the state produced 47,270 tonnes of raw salt in 2013-14FY while the annual salt consumption of Rakhine state is 30,000 tonnes on average.