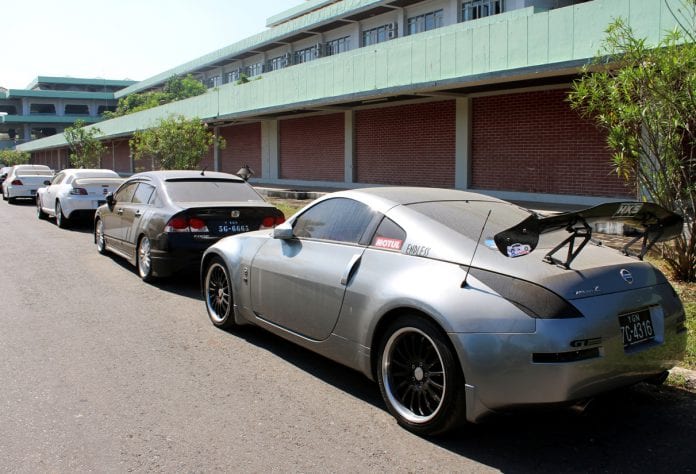 Fifty-one vehicles that were arrested for reckless driving and installing power exhausts in Yangon have been returned to their owners after collection of K-1,500 fine each and suspension of their licence for one month, an official said.

A joint taskforce including police, members from the general administration and the fire department conducted a campaign to arrest reckless drivers and power exhaust installers at busy junctions from December 5 to January 1.

“If these drivers violate the law again their licences will be suspended for six months. We made them sign bonds saying that they will not commit this kind of acts again after getting back their vehicles,” Col Win Bo said.

“We also asked them not to install power exhausts. We launched this campaign because of rampant public complaints regarding the sound pollution due the accessories that people use to tune up their vehicles,” he said.

The police department said it has recently been receiving many complaints from the public saying that the reckless “racing cars” with power exhausts are creating public disturbances and scaring pedestrians, usually at night.

The confiscated cars were sent to the road transport authority (RTA) and assessed for registration documents. While 51 were returned to their owners, the rest are still under assessment.

The cars were fined according to Motor Vehicles Law 1964 and related bylaws that were enacted in 1989.