HomeMMBIZ NewsRemoving the Bottlenecks on the Road to Middle Income and Making Impact...
MMBIZ News 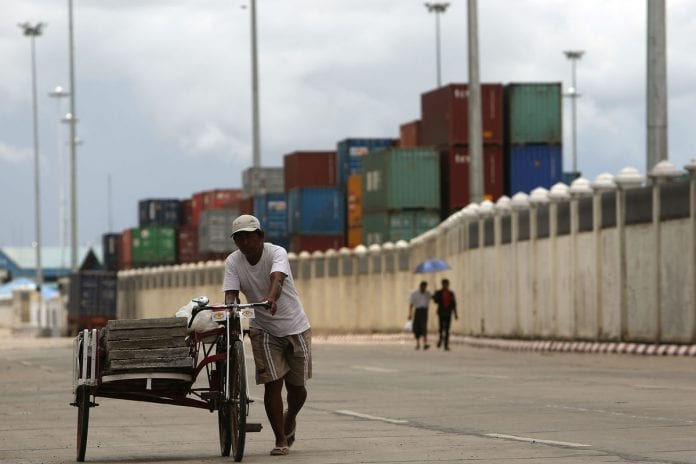 At the shores of Lake Constance in Switzerland, the fourth edition of the three-day Impact Economy Symposium & Retreat drew to a close on June 15. The event annually convenes key influencers, thought leaders, and practitioners from the worlds of investment, business, government, and philanthropy in order to showcase the most effective solutions, innovations, and opportunities that have surfaced in the promotion of impact. Myanmar was one of the four focus countries featured this year.

Given the magnitude of challenges and opportunity the country faces, Impact Economy included Myanmar in the EMICs, a new set of key countries that present exceptional opportunities to achieve both impact and value. The EMICs (Ethiopia, Myanmar, Iran, and Colombia) are high-stakes, high-opportunity countries whose characteristics allow impact investors to make a key difference in enabling them to prosper. Even so, the EMICs face important infrastructural and institutional deficits, which raise the question of how a responsible and forward-looking approach to investment and business innovation can serve to drive large-scale positive impact. In this exclusive Myanmar Business Today series, I’ll share key content covered at the conference.

Overcoming isolation after almost three decades, Myanmar is now emerging as a high growth economy.Given the country’s strategic geographic location, its abundant natural resources, potential for tourism, more than 50 million population with ayoung labour forceand competitive wages, Myanmar has the potential to soon leave its current status as Asia’s last frontier behind. According to Deutsche Bank research, Myanmar could well become a $100-billion economy by 2018. In terms of fundamentals, the countryoffers exciting opportunities for investors.It is pursuing an ambitious development strategy that aims to achieve both high and inclusive growth, and has started laying the corresponding building blocks – physical, legal and institutional infrastructure. All of which is needed: 70 percent of the population lacks access to electricity, 80 percent of SMEs operate in the informal economy and over 30 percent of children suffer from malnutrition.

FDI is graduating beyond extractive industries

Capital is needed to deliver on the country’s middle-income ambitions. The landmark passage of the 2012 Foreign Investment Law (FIL), the recent termination of international sanctions and the passage of nearly 20 additional pieces of legislation that govern private investment have all helped to almost double foreign direct investment (FDI) since 2008.

Historically, over 80 percent of FDI volume has been in deals within the oil and gas, hydroelectric and mining industries. The most active areas of recent investment have been in the manufacturing, hotel and tourism industries.At present, most foreign investmentcomes from Myanmar’s neighboring countries in East Asia: China and Hong Kong, Thailand, Korea and – out-of-region – the UK are the five topinvestors. As per the recent OECD Investment Policy Review, approved Chinese investment has however decreased rapidly over the past year, declining from $8 billion in fiscal year 2010 to $407 million in 2012, though the figures may understate investments as they do not aggregate investments made through offshore locations such as the British Virgin Islands or the Cayman Islands.

Bottlenecks need to be overcome

Opening the economy is showing results, but a number of bottlenecks limiting foreign investment persist; the general business climate has room for further improvement. In 2014, the European Commission’s Report to the EU on Myanmar/Burma Investment Relationsexpressed concern about Myanmar’s legal environment as well as changing requirements placed on foreigners for licensing. Work lies ahead on investment protection standards, restrictions on investment in several sectors, local partner requirements and capacity levels at the Myanmar Investment Commission (MIC), which reviews all foreign proposals to grant licenses to operate.

The OECD ranks Myanmar as the 2nd most restrictive country globally in its FDI Restrictiveness Index.Next to the quality of regulation, corruption remains a chief concern in Myanmar. The World Bank ranks Myanmar the 2nd most corrupt country globally, particularly in relation to the procedure of receiving licenses to operate, placing tax filings and opening land leases.Transparency International ranks Myanmar 157/177 in their corruption perception index, more favourable than the World Bank rating. With the recent passing of laws governing investment, the OECD has cautioned that government capacity levels might prove insufficient to cope with higher levels of investment, particularly given the central role of the Myanmar Investment Commission.In order to operate successfully in Myanmar, stakeholders must have competent and well-connected legal advice in order to manage the complex legal environment.

There are several pathways to driving impact

In consideration of the tremendous catch-up potential to investment, the question that emerges concernshow to drive investments that have a wider positive impact on the country. For those investing for impact rather than pursuing largely financial bottom line driven deals in sectors such as infrastructure or mineral extraction, it is key to be aware of the realities of the small and medium enterprise and social business landscape in Myanmar. There are still only a few examples of impact investing and very limited data and track record.

The relatively undeveloped banking sector and a general lack of funding options for enterprises seeking between $50,000 and $250,000, paired with a high unmet demand for microfinance lending in rural agricultural regions is part of the explanation.In addition to limited financial options, businesses who seek to target social and environmental performance alongside financial returns part of their DNA need to acknowledge institutional limitations, which includethat fact that Myanmar currently enforces health and safety laws in an unsystematic manner. Moreover, impact investors also need to deal with the perception that social enterprises entail a trade-off between impact and financial sustainability. There is some indication that conscious efforts need to be undertaken to first make impact investible in the country on a wider scale.

At the current development stage, a focus on implementing corporate social responsibility practices that align with international standards could be an interim step and a lower hanging fruit.Beyond agriculture – with rice as the key crop accounting for over 90 percent of the food grain production in the country and covering about 60 percent of the country’s cultivated land area – improving social and environmental performance in the extractive industries is another key theatrefor achieving progress, which will be examined in the next article in this series. In 2012, the value of the global metals and mining industry approached $1 trillion, while accounting for significant revenues in 53 mining countries, three quarters of whom were low or middle income.

In Myanmar, jade is often assumed to lead the country’s mineral exports in terms of value; although reliable figures for the industry are hard to identify.The Harvard Kennedy School assumes exports of the stone ranged between $6-9 billion 2011, but this is just an estimate.

Raising the industry’s social and environmental performance is possible, and Myanmar’s many efforts also includes plans to join the Extractives Industries Transparency Initiative (EITI), which provides a methodology used by 44 countries around the world to improve the transparency of their extractive industries. Those looking to invest for impact in Myanmar to help remove the bottlenecks on the road to middle incomeare well advised to assess how impact investors fit in the overall investment picture as more foreign capital is deployed in the MIC’s priority sectors, where their comparative advantage as long-term, smaller ticket size, holistic investors truly lies, and how the ventures they fund can have a wider demonstration effect helping to make impact investible in the country.

Maximilian Martin is the founder and global managing director of Impact Economy, an impact investment and strategy firm based in Lausanne, Switzerland, with overseas operations in North and South America out of New York and Buenos Aires which works with professional investors and companies. Contributing to impact investing ecosystem development, Impact Economy provided the report Status of the Social Impact Investing Market: A Primer, which was prepared as a shared baseline for the participants of the inaugural 2013 G8 Social Impact Investment Forum to help anchor members’ work on new market-buildingefforts for impact investing.