Returns Vs Responsibility: The Profit Dilemma and Lessons from Ross Poldark 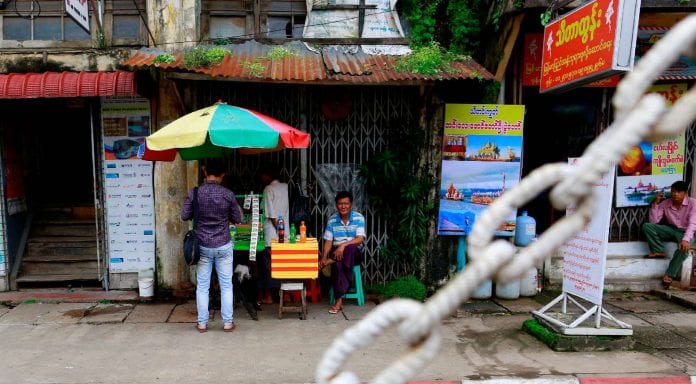 The BBC’s latest rendition of Winston Graham’s “Poldark” novels was surprisingly engaging for a period drama, particularly in the business sphere. Three episodes in, we’ve seen what could be recognised as taking a contrarian investment view, a private placement of shares, a start-up, credit and leverage, mass employment and corporate social responsibility.

One would’ve thought this a description for a follow-on to the Wolf of Wall Street, or at least Trading Places.

The issue that stands out most, however, is that of the dilemma evinced by one character Cary Warleggans’ question about the pursuit of profit in business: What other purpose is there?

For us, we’ve held a strong fundamental view on the social responsibility of business: that growth can only come from mass consumption, and mass consumption can only happen through equitable – not “equal” – income distribution and the accumulation of capital at all levels of society. It is the reason why in our ventures we make an effort to hire well, train well and retain staff, so as to continually invest in their human capital and justify what we hope will be above-market wages.

This was an issue discussed at length in my previous article in Myanmar Business Today (Vol 3, Issue 12) on scarcity and human resource pricing in Myanmar.

The challenge, however, is that this flies in the face of maximising shareholder and investor returns. Or does it?

Prima facie, it is sub-optimal to pay more for something you could’ve paid less for. Certainly when we are in a position of a start-up: strapped for capital, eager to keep expenses low so as to be able to recover the initial capital as soon as possible. With most of our operating expenses well under control, labour costs are the biggest driver of monthly operating expenses. Why then, without the luxury of abundant capital behind us, should we not tighten the clamps and squeeze the maximum out of an abundantly cheap labour pool while paying the lowest possible?

I would argue that this argument does not hold entirely true. While certainly not offering to pay Manhattan wages in Yangon, I take the view that paying above market rates does enhance shareholder returns.

For one, as the saying goes, “if you pay peanuts, you get monkeys.” Lower wages almost naturally equate to lower quality labour – if it’s cheap, it’s cheap for a reason. Furthermore, paying as low as the market will accept exposes us to the same problems of staff turnover that everyone else suffers from.

As foreigners, we are less equipped to deal with staff turnover than a local counterparty. Having to re-hire and re-train, as I’d laid out in my previous article, is expensive and disruptive to operations. Offering a slight premium over the market removes incentives to jump ship, and the added incentives of continued training and contingent benefits (e.g. partial medical expense coverage) on long service and good attendance serve to lower staff turnover.

Secondly, we take the view that it is not only shareholder returns that we need to maximise, but stakeholders’ – a group which includes not only the financial investors and management, but also every member of staff. Giving the team a stake in the business (not necessarily an equity stake) aligns their incentives to the success of the firm. It confers ownership to different extents (from having a namecard saying “manager” or “supervisor” to an actual share in the company), but the behavioural changes that it causes can be positive and pervasive. Yet, to do this, we find ourselves in a catch-22: one does not simply offer a stake or position to someone which might jump ship.

This takes me to my final point: the labour market in Myanmar can be said to be in equilibrium, an equilibrium of low wages, low ownership, high turnover and almost no accumulation of capital which proceeds to reinforce itself. The question is whether this is a stable equilibrium. We contend that it isn’t, and that by gradually nudging this equilibrium towards a system of fair wages, low staff turnover and a strong sense of belonging and ownership, we push it beyond its tipping point towards a new equilibrium, allowing the accumulation of capital by individuals, which can then be reinvested or grown: all to the benefit of any consumer facing business. Upgrading productivity in labour markets is a rapid process, as shown in “Aggregate Growth and the Efficiency of Labour Reallocation” (Burgess & Mawson, 2003).

Being a responsible business isn’t being a charity, and as I argued in this post on social entrepreneurship, there remains a profit motive. And a strong one at that.

So is there really a dilemma? Perhaps with a three-month view, yes there is. But with a five-year view, I think not. “Sacrificing” margins in the near term to pay more and invest responsibly in staff development, curbing staff turnover and retaining human capital grown through training, is more likely than not to pay dividends over time through lower recruitment costs, consistent products and service and a trickle-down effect of income (and subsequently) consumption growth.

And what other purpose is there in business? Ross Poldark never gave an answer, but the obvious response would be “growth” – in every sense of the word.

Eugene Lim is a director and co-founder at UK-based Icocapital Ltd, focusing on making socially responsible business investments in the Indochina region. Prior to this, he was an Asia Emerging Markets specialist at Morgan Stanley & Co in London.