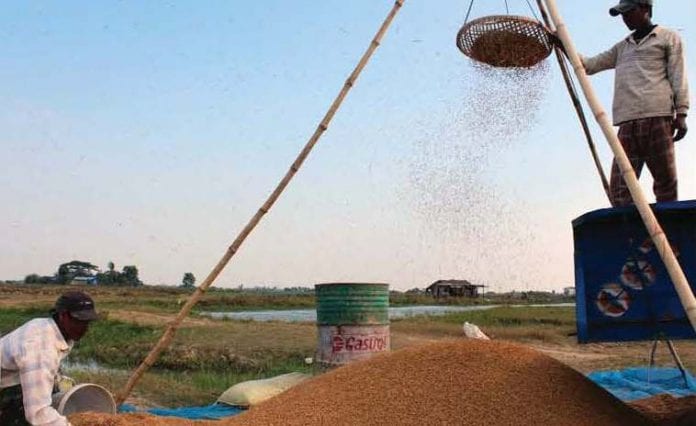 The plan to legally export rice to China will be implemented through 10 publicly owned companies, according to the Myanmar Rice Federation.

Myanmar’s negotiators initially sent a list of 100 companies to be involved in the official rice trade to China, but Chinese authorities asked the number to be reduced to 10, citing difficulties in inspections and quality control.

The selected companies will mainly handle the exports to China but they will also support small and medium-sized traders and other stakeholders, Dr Myo Aung Kyaw from MRF said.

“When we [legally] export rice to China, we will have to compete with Vietnam, Thailand and Pakistan, so maintaining the quality of the product is essential. We will also need to improve our national competitiveness. It’s risky to rely on only one market,” said U Ye Min Aung, secretary general of the MRF.

China Certification and Inspection Group (CCIC), an independent certification and inspection organisation with accreditation by the General Administration of Quality Supervision, Inspection and Quarantine (AQSIQ) of China, is set to open an office in Yangon with plans to later expand to Mandalay and Muse, U Chan Thar Oo, deputy chair of Muse Rice Traders Association, said.

Currently, industry representatives are preparing necessary documents and accreditation for official rice exports, expected to be finished by the end February, while the rice is expected to be shipped in April and May.