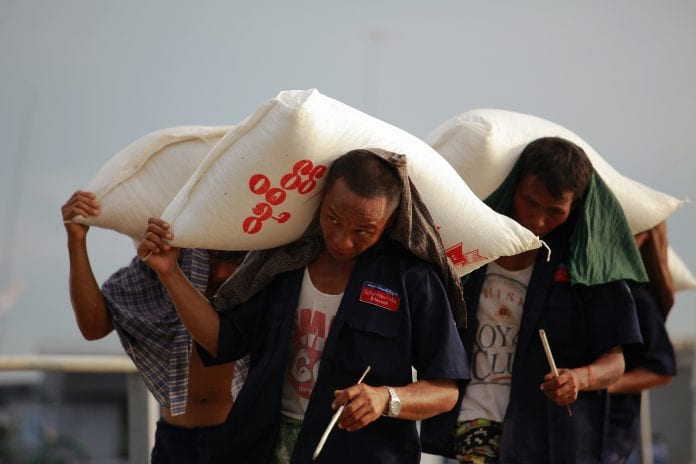 Indian government is seeking offers to purchase between 20,000 and 100,000 tonnes of rice from Myanmar producers under the condition that the shipments be delivered to the states of Assam and Manipur.

“Myanmar companies are not willing to risk passing through the area to reach Assam or Manipur for fear of being robbed or experiencing unexpected obstacles along the way. But here are some Indian companies who come to Myanmar to buy pulses, which can also import rice. And there are also Indian companies operating in the country registered under the name of their Myanmar representatives,” Dr Soe Tun said.

India, which has exported rice during the past years, announced it has plans to import 500,000 tonnes of rice in the Mizoram, Manipur and Assam states to address supply shortages caused by erratic weather and the breakage in the railroad connecting Mizoram and Manipur with the rest of India, according the MRF.

“We have been exporting around one to one and a half million tonnes of rice for the last three years. We expect to increase rice exports to go up between 2 and 3 million tonnes in the next three to four years,” said U Ye Min Aung, secretary general of MRF.

India is facing a food supply shortage in some states because of bad weather – making rice imports all the more important.

Recently, international news reports have highlighted the devastation and loss of life due to landslides and flooding triggered by heavy rain in the northeastern parts of India, which share a border with Myanmar. Myanmar trades agricultural products and other consumer goods with India through the Tamu-Kalay border trading channel in Sagaing region.

According to United Nations Food and Agriculture Organization (FAO) estimates released in August, Myanmar will increase rice exports by over 700,000 tonnes in the 2014-15 fiscal year.