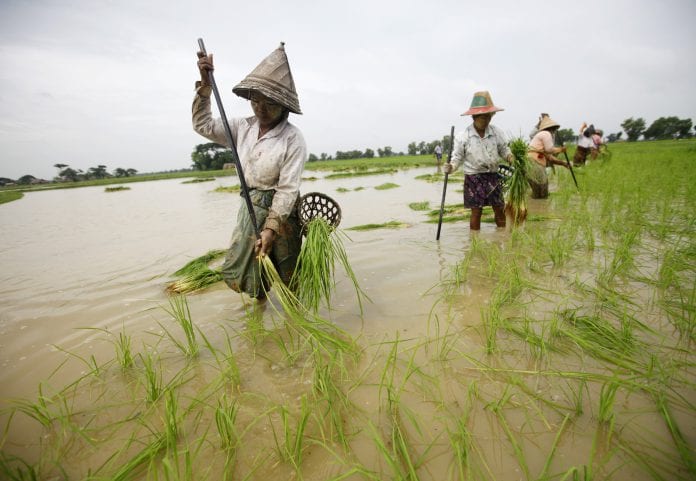 Myanmar’s rice production has grown to 168 percent of domestic demand under the 30-year rice security strategy, according to the Ministry of Agriculture and Irrigation.

The strategy involves a plan to expand the area allotted for rice planting and ensuring better yield per acre by encouraging farmers to switch to high yielding quality rice varieties that are compatible with local environments, U Ohn Than, deputy minister from the ministry told a parliament session.

The scheme also encourages farmers to install irrigation systems systemically, use high-tech machinery to decrease post-harvest waste, and apply modern farming technology and practices which use fertilisers optimally, he added.

Safeguard instruments are included in Farmland Law (2012) to prevent a decrease in farmland due to conversion to development and other use, the deputy minister said.

U Soe Win Myint, secretary of Myanmar Pulses and Sesame Seeds Traders Association, pointed out that there are regions that still don’t have adequate access to irrigation.

Having surpassed local demand, rice is also a priority in the government’s National Export Strategy (NES) for 2014-19 as it tries to explore new markets for its rice exports.

Negotiation with China to be able to export rice has made progress in recent months. A final agreement is expected to be reached this month, which will focus on marketing six items including rice.