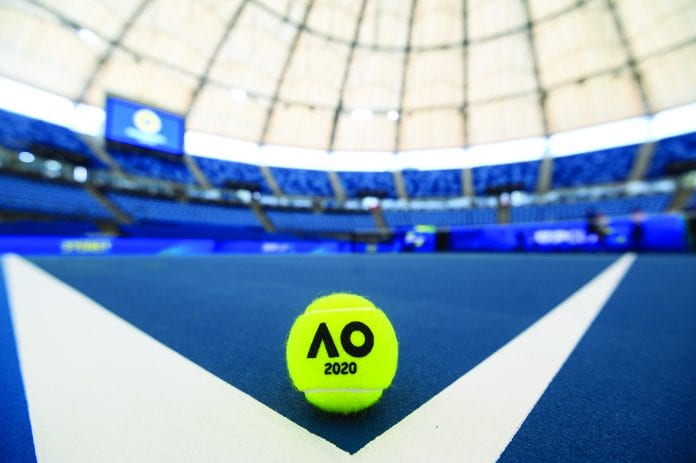 In 2010, the three best players on the ATP Tour were Roger Federer, Rafael Nadal and Novak Djokovic. A decade later, they retain the top three rankings. Still, eventually new names will rise to the top.
Dominic Thiem, Alexander Zverev, Stefanos Tsitsipas and Daniil Medvedev combined for dozens of singles titles in recent years and represent the best bets to take Grand Slam crowns and reach the top rankings. But another generation is fast coming up behind them.
The WTA already has more Top 10 players under 23 than over 30, including reigning Grand Slam champions Naomi Osaka and Bianca Andreescu, and 15-year-old Coco Gauff is already a media sensation.
Predicting the next generation is challenging. When 2019 began, few people projected Matteo Berrettini as a Top 10 player. Still, here are a handful of other men and women poised to have an impact in the new year and the new decade.

Belinda Bencic
Bencic, 22, was a 2014 U.S. Open quarterfinalist. she won two titles in 2015 and ascended to seventh overall in 2016. Injuries derailed her, and she quickly tumbled to 318.
Finally returning to form in 2019, Bencic beat four Top 10 players to win in Dubai. She beat Osaka three times, including at the U.S. Open, en route to her first Slam semifinals. Then she captured the Kremlin Cup and reached the semifinals at the WTA Finals. At the start of this year, she was ranked eighth in the world.
“She’s in much better physical condition now,” said Patrick McEnroe, an ESPN analyst. “Bencic plays a high-risk game, but she times the ball well and takes it early, so she has a lot of potential.”

Sofia Kenin
Kenin, 21, was not projected as a top 15 player, McEnroe said, but is a “brilliant tactician” with a “great backhand.” She also compensates for the lack of firepower with mental toughness. She won three titles in four finals in 2019 and added a French Open upset of Serena Williams and a victory over top-ranked Ashleigh Barty in Toronto.
“We saw what a great competitor Kenin was last year,” said Paul Annacone, a Tennis Channel analyst. “With continued experience, she will be even more dangerous this year. She doesn’t have one big weapon but her all-around game and big moment play will push her higher.”
She was ranked 14th in the world at the beginning of the year.

Aryna Sabalenka
Sabalenka, 21, has the skills, especially a strong serve, but struggles to put everything together. “I thought she was destined to be a top player because of her physicality and her athleticism, but she doesn’t have much of a plan B in matches,” McEnroe said.
She lost in the third round of the 2019 Australian Open, but she fared even worse at the next three Slams. However, in doubles, she partnered with Elise Mertens, reached the semifinals at the French Open and won the U.S. Open.
Sabalenka did win 10 of her final 11 matches of the year, capturing titles in her last two tournaments. She was ranked 11th in the world at the beginning of the year.
“If she trusts her game in the big moment, she can beat anyone at any time,” Annacone said. “Her challenge will be to do this in the biggest of moments.”

Denis Shapovalov
Shapovalov, 20, edges out another young Canadian, 19-year-old Félix Auger-Aliassime. Shapovalov served notice in 2017, beating Nadal in Montreal and reaching the U.S. Open’s fourth round. “He has so much pure game,” McEnroe said.
Last fall, he started fulfilling his potential by winning his first title, in Stockholm, reaching his first Masters 1000 final, in Paris, and propelling Canada to its first Davis Cup finals. McEnroe praised him for reining in his firepower, especially showing more discipline while returning serves.
Annacone said he had an incredibly high ceiling. “He is a shotmaker with big weapons and leftiness to boot.”
He was ranked 14th in the world at the beginning of the year.

Alex de Minaur
De Minaur, who hails from the mold of fellow Australian Lleyton Hewitt, a mentor, was sidelined from his home Open on January 16 with an abdominal tear, but his determination and resilience inspire confidence in his future.
“He’s a tremendous competitor and workhorse,” Annacone said.
Still, McEnroe said de Minaur needed more finesse to complement his counterpunching abilities.
De Minaur won his first title, in Sydney, to start 2019, then returned from midseason injuries to win again in Atlanta and Zhuhai, China, while also reaching the U.S. Open’s fourth round. He lacks pop on his crosscourt backhand and must demonstrate an ability to finish points, especially against top players. Still, he has an aggressive forehand and he uses his court coverage to “make opponents go for too small targets,” Annacone said.
He was ranked 18th in the world at the beginning of the year.

Andrey Rublev
Injured in 2018, Rublev, 22, climbed from 115th to 23rd last year, with wins over Dominic Thiem, Stefanos Tsitsipas, Nick Kyrgios and Roger Federer. He reached the quarterfinals of the U.S. Open and won his second ATP title at the Kremlin Cup.
“I like his attitude,” McEnroe said. “He has started picking up speed.”
Fellow Russian, the 17th-ranked Karen Khachanov is stronger with more “pure game,” McEnroe said, yet Khachanov’s forehand blasts can’t always hide a weak backhand. Rublev has a potent forehand, but a more effective backhand, though both seem to lack a feel for the ball.
“There’s not a nimbleness in his game,” McEnroe said of Rublev, but his consistency will pay off in the long run. “He may have the better career overall.”