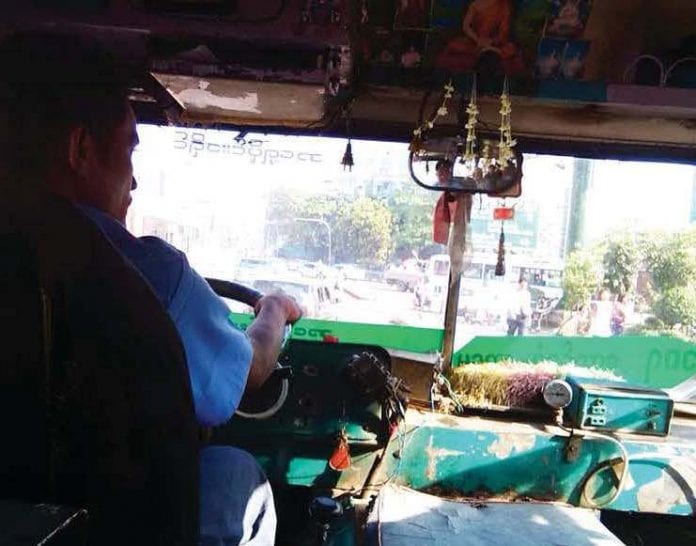 The Road Transportation Administration Department (RTAD) is applying a new system to test and issue type “E” driver’s licence, which is required to drive passenger buses, according to a senior RTAD official.

Majority of the holders of type “E” driving licence in Myanmar are passenger bus drivers. Previously, one could obtain an “E” licence by driving any vehicle over 3 tonne during the driving test but now RTAD will require the licence seekers to drive passenger buses for the driving test – a move to ensure road safety in the country where bus accidents are frequent.

Current “E” licence holders will also have to retake the driving test with a passenger bus when they renew their licences.

“Now, we are reviewing and perfecting the testing system in Naypyitaw. We will issue official documents only after drivers have passed all the tests,” he said.

RTAD is planning to apply the system in Yangon region, and when it is completed, bus drivers will have to pass the driving test with passenger busses to be eligible for licences, said U Hla Aung, chairman of Yangon region’s vehicle supervisory body Ma Hta Tha.

“Bus drivers may object to this reform, but we think it is necessary to ensure the safety of the public. The system currently covers only highway drivers, but city bus drivers will also be included soon.”

The potential bus drivers will need to take psychological tests, a computerised written test on traffic rules, and a road test with passenger busses, according to RTAD.