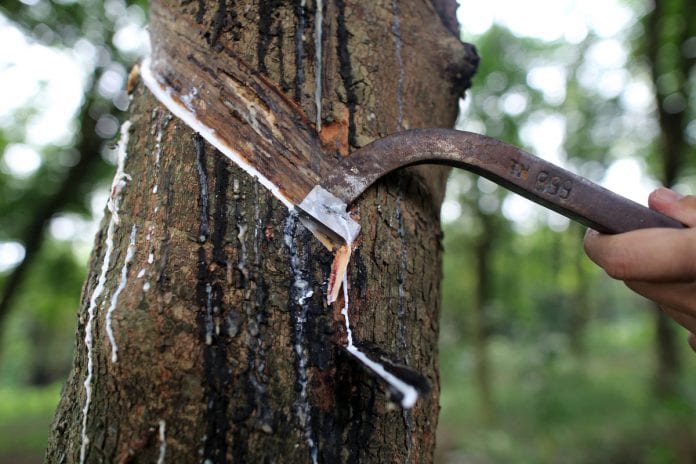 The Myanmar Rubber Planters and Manufacturers Association (MRPMA) says Japan is the next logical step in the export of Myanmar’s rubber and latex products.

Amidst the falling price of rubber, gross national rubber exports are estimated to reach 100,000 tonnes by the end of this financial year.

“We believe the European and global economic crisis, as well as ample Chinese stockpiles are having a depressing effect on rubber prices.

“Although local production has increased, exports have not reached desired levels.” said U Khing Myint, secretary of the MRPMA.

“To export to Japan we must increase the quantity and quality of our rubber. At the moment we have a low quality product going for $400-500 less per tonne compared to international prices” he said.

The current rubber harvest of 500,000 acres – planted mainly in Mon and Kayin state and Thanintharyi region – have yielded latex harvests rising to 160,000 tonnes this year.

Current plans for a new export strategy have been finalised and it is believed it will boost rubber exports, which last year fell 12,000 tonnes short of its 95,000-tonne target.