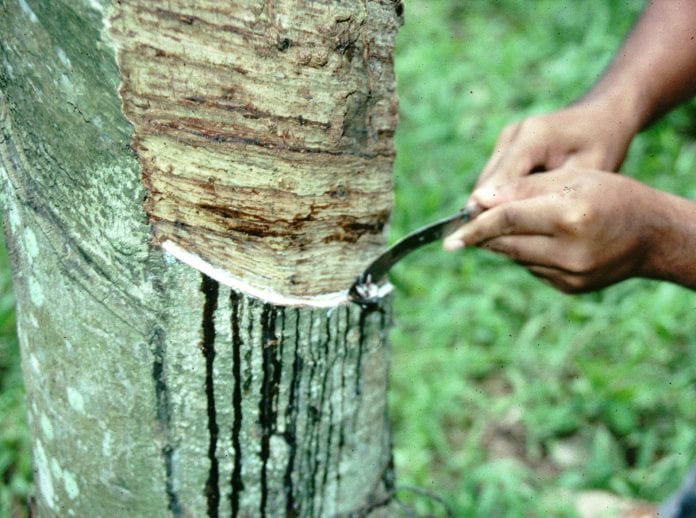 Myanmar’s rubber farmers have requested support from the government after compounding falls in the price of rubber have seen many struggling to support themselves.

The sharp drop of rubber prices, a cash crop grown in almost all of Myanmar’s regions and states, in the 2013-14 fiscal year, drove almost a million farmers and workers at rubber plantations into financial hardship, Daw Mi Myint Than, a member of the parliament, said.

She said neighbouring countries had often helped struggling rubber growers in similar conditions, requesting the government to provide direct support to farmers and guarantee a minimum price for the rubber they produce.

However, deputy minister for agriculture and irrigation, U Ohn Than, said the government was unable to provide loans or set minimum prices for rubber due to scarcity of funds.

The price of rubber changes daily, depending on demand from the global market and large users of raw rubber. Thailand’s rubber exports, however, receive a larger price per tonne, $2,000, whereas Myanmar’s rubber exports only receive $1,500 per tonne, due to lower quality.

U Ohn Than said Myanmar’s rubber exports should therefore improve their production quality if they hope to improve the price they receive.

Factors including slowing global economic growth, lingering effects of Europe’s debt crisis and frequent fluctuations of global oil prices – often as a result of internal conflicts – are seen as largely responsible for drops in rubber prices.

Declines in vehicle production in China, one of the world’s largest rubber consuming countries, and large expansions in their rubber production and reserves has seen a fall in rubber imports.

Myanmar has also seen a total expansion of 1.5 million acres in rubber plantations in almost every state and region except Kayah, Chin and Magwe, with production increasing 177,125 tonnes in 2013-14 fiscal year. Mon state produced 10,000 tonnes of rubber in 2013-14FY in 48,000 acres.