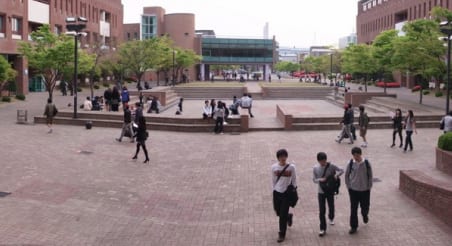 South Korea and Myanmar will cooperate in technology development by opening a polytechnic university in the Southeast Asian country.

The government has approved a draft memorandum of understanding between Myanmar and South Korea on this project, according to Dr Aung Kyaw Myat, deputy minister for science and technology.

The South Korea Polytechnic University and the Ministry of Science and Technology are conducting a feasibility study for further discussions on subjects and curriculums planned.

South Korea has been helping Myanmar in the development of a number of sectors including agriculture and its mechanisation, irrigation technology, rural and socio-economic development, and public health.

The Korea International Cooperation Agency (KOICA) is also providing assistance in some projects being implemented for the development of agriculture, encouraging export of Myanmar’s farm produce to South Korea.

Under a five-year plan, the KOICA is helping Myanmar establish a Post-harvest Technology Application Center in Nay Pyi Taw and provide farm equipment for killing pests in fruits and vegetables plants.

KOICA also helped Myanmar in agricultural mechanisation by training farmers at Yezin, Nay Pyi Taw, while upgrading farmland in other areas in the capital.

Under a framework agreement, KOICA also extended a grant aid for 2013 to help Myanmar in the development of road network, a national statistical system, capacity building strategy for conferences, land reform program for mechanised farming and forest greening.

According to official statistics, South Korean investment in Myanmar stood at $3.05 billion in 86 projects as of January, accounting for 6.7 percent of the total foreign input – placing it sixth among foreign investor countries.

Bilateral trade between Myanmar and South Korea reached $1.76 billion in 2013, of which Myanmar’s export to South Korea accounted for $554.59 million.