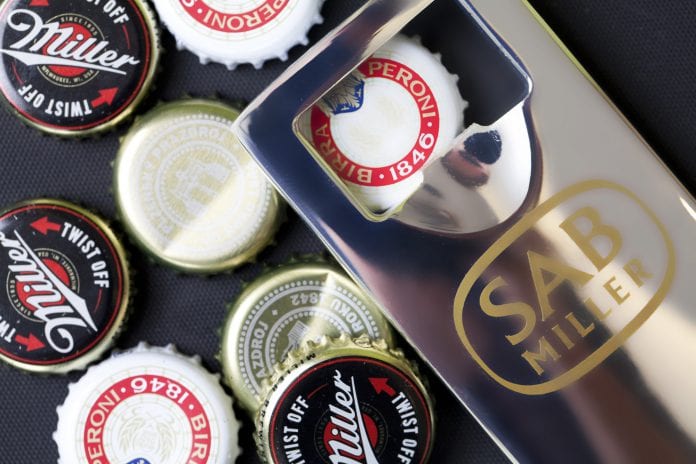 SABMiller is exploring the possibility of snapping up a stake in Myanmar’s biggest brewer, a deal that would make it the partner of a conglomerate with ties to the former ruling military, sources familiar with the matter say.

Any such deal involving Myanmar Brewery would likely be seen as a vote of confidence in the country’s nascent consumer sector, which is emerging after decades of military dictatorship.

The conglomerate, Myanmar Economic Holdings Limited (MEHL), was cleared to buy the stake, thought to be worth around $500 million, in October when it won an arbitration case against Singapore’s Fraser and Neave.

A Singaporean tribunal ruled that MEHL was entitled to buy out F&N’s 55 percent stake in Myanmar Brewery, taking full control of the brewer, because F&N had defaulted on a term in their joint venture agreement. F&N said at the time it was disappointed at the ruling and was reviewing its options.

The sources familiar with the matter said MEHL was looking for a partner in taking over F&N’s stake. The sources, who declined to be identified because the matter is private, said SABMiller was interested. It is not clear whether SABMiller would buy the entire stake or part of it.

One of the sources said other parties including Japan’s Kirin Holdings and Thailand’s Boon Rawd Brewery, maker of Singha beer, could also be interested.

Myanmar Brewery, which makes Myanmar Beer, Myanmar Double Strong and Andaman Gold, has an 83 percent share of the country’s beer market, according to an F&N presentation in May.

F&N, a Singaporean food and drinks company, has held a stake in Myanmar Brewery since 1997 and has bided its time in Myanmar while the country was shunned by most Western companies. The company has said MEHL had tried to compel it to sell its 55 percent stake for $246 million, a price it says the tribunal found to be below fair value.

However, F&N is still keen to hold on to the stake and capitalise on an anticipated uptick in the market. It has appointed an independent evaluator, as required by the arbitration ruling, to assess the fair value of the asset, according to a source familiar with the matter.

While that assessment is pending, SAB Miller could pre-emptively approach MEHL with an opportunistic offer, said one of the sources, adding that there is no certainty that a deal will be struck.

SABMiller has done many deals on its journey from a small South African player to the world’s No.2 brewery, including the 2005 purchase of Colombia’s Bavaria, the 2007 purchase of Grolsch, the 2008 combination of Miller Brewing Co with the US business of Molson Coors and the 2011 purchase of Foster’s Group.

Like other brewers, SABMiller is struggling to grow in Europe and North America. New revenues from emerging middle classes in developing markets have been dented by weak currencies in many of those countries.

SABMiller boss Alan Clark subsequently denied that it was a defensive move, stating that the maker of beers including Grolsch and Peroni would continue to be “assertive and in a search for value and growth.”

Unlike some of its biggest rivals, SABMiller does not have one global beer brand such as Heineken, but instead has used acquisitions to penetrate markets with local brands. While it has a strong presence in emerging markets in Latin America and Africa, its footprint in Asia is confined to a joint venture in China, CR Snow, and smaller tie-ups in India and Vietnam.

Global companies including Coca-Cola, Yum Brands, Nestle and Unilever have all invested in Myanmar recently, seeking to take advantage of its population of 51 million people, with a growing middle class with disposable income. (Reuters)