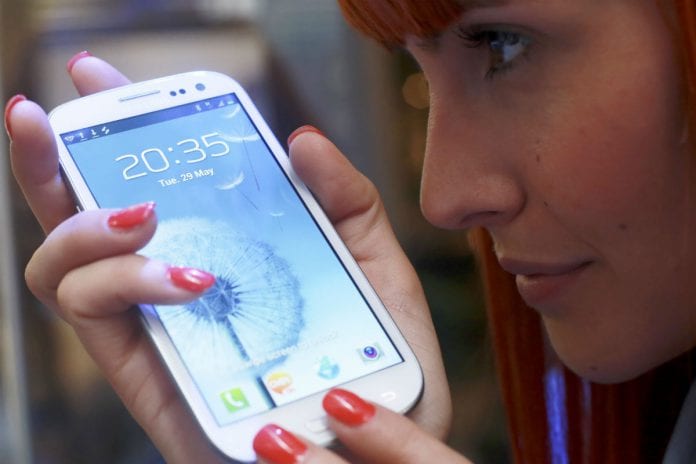 Samsung Electronics Co is expected to spend around $14 billion – more than Iceland’s GDP – on advertising and marketing this year, but it doesn’t always get value for money.

Samsung, which has a market value of $227 billion, has made no secret of keeping up its aggressive marketing and promotion splurge as it seeks to make its brand as aspirational as Apple Inc’s. But the money it’s spending doesn’t always bring the desired result.

Last month, a Samsung-sponsored short-film contest finale at the Sydney Opera House received poor reviews for blatant product placement in a series of ‘behind the scenes’ videos. In Britain, viewers panned a product placement deal with ITV’s popular X-Factor talent show. “Is this a singing competition or an extended Samsung advert?” asked Twitter user Ryan Browne.

Earlier this year, Samsung’s New York launch of its latest top-of-the-range Galaxy smartphone came under fire for being sexist, portraying giggling women chatting about jewellery and nail polish while the men discussed the new phone, and the company’s new fridge and washing machine launch in South Africa drew similar complaints as it featured swim-suit dancers.

“Samsung’s marketing is too much focused on projecting an image they aspire to: being innovative and ahead of the pack,” said Oh Jung-suk, associate professor at the business school of Seoul National University. “They are failing to efficiently bridge the gap between the aspiration and how consumers actually respond to the campaign. It’s got to be more aligned.”

Samsung spends a bigger chunk of its annual revenue on advertising and promotion than any other of the world’s top-20 companies by sales – 5.4 percent, according to Thomson Reuters data. Apple spends just 0.6 percent, and General Motors 3.5 percent.

“When your brand doesn’t have a clear identity, as is the case with Samsung, to keep spending is probably the best strategy,” said Moon Ji-hun, head of brand consultant Interbrand’s Korean operation. “But maintaining marketing spend at that level in the longer term wouldn’t bring much more benefit. No one can beat Samsung in terms of (ad) presence, and I doubt whether keeping investing at this level is effective.”

In a statement to Reuters, Samsung said it will “continue to leverage our brand power to maintain growth momentum, while focusing on optimising the efficiency of our marketing activities,” reiterating recent comments by its co-CEO.

“Our product innovation and marketing strategy have made Samsung the world’s most preferred smartphone brand,” JK Shin, who also heads the group’s mobile business, told investors recently. “Now we’ll move from the most preferred brand to become one of the world’s leading aspirational brands.”

Samsung’s ‘Next Big Thing,’ and ‘It’s Time to Change’ marketing campaigns stress that its products are cutting-edge, and even trumpet its technology ‘world firsts’ before they’re ready for prime time, such as curved smartphones, available only in South Korea, and curved TVs that cost nearly $10,000.

For a company long seen as a follower, this is now a big sell on it being an innovator.

But, while Samsung has become the world’s biggest advertiser, spending $4.3 billion on ads alone last year, its global brand value of $39.6 billion is less than half that of Apple, which spent only $1 billion on advertising, according to Interbrand and ad researcher Ad Age.

To be sure, Samsung has a more diverse range of mobile products, which along with its chips and household appliance businesses need more marketing across different target audiences. But the heavy marketing spend suggests a need to convince consumers that it belongs at the top. Apple can afford to spend less as it already has that brand recognition, and cachet.

“The stronger, more differentiated the product, the less it needs to be propped up by advertising,” said Horace Dediu, founder of independent research firm Asymco and a former Nokia business development manager, referring to Apple’s ad spend.

Defending its marketing budget, Samsung can point to its lead in the global smartphone market – it sells one in every three smartphones and has more than double Apple’s market share. The Korean group’s savvy adverts mocking Apple devotees, and heavy investment in distribution channels have strengthened its Galaxy mobile brand.

“The Galaxy brand has established itself, and the Samsung brand is now much stronger than Android or any of the other OEM brands, except Apple,” said Benedict Evans, an independent technology and media consultant in London. “The underlying problem is that Samsung has established itself as a dependable quality brand, not a differentiated or premium quality product, so it does best where it’s not competing directly with Apple.”

Samsung works with a number of advertising agencies, including Publicis Groupe, Interpublic Group, and MDC Partners.

Samsung’s latest marketing splash has been on its Galaxy Gear smartwatch, which has been almost universally panned by reviewers. The device has been aggressively marketed through adverts and collaboration with fashion shows – yet only 800,000 Gears have been shipped since its launch two months ago. Compare that to the more than 5 million Note 3 smartphones that have been shipped since its late-September launch, and it suggests fewer than a fifth of the Note buyers are also buying the accessory device.

Undeterred, Samsung has vowed more Gear promotions for the crucial year-end holiday season as it seeks to lead the wearable computer market and prove its innovation credentials.

“Probably Samsung knows better than anyone that Gear will not become a mainstream product. Still, they are trying to convey the message that ‘we are first with such technology,’ which they hope will help build their brand as an advanced technology firm,” said Interbrand’s Moon.

A deep-pocketed Samsung – it earned operating profit of $9.6 billion in the third quarter alone –  is still pushing the envelope to win over consumers.

This month, the big-spending official sponsor of the past eight Winter and Summer Olympics launched a fantasy-inspired soccer marketing campaign ahead of the mid-2014 World Cup in Brazil – selecting 11 of the world’s top players, including Argentine striker Lionel Messi, for a virtual match to save Earth from aliens – with the help of Galaxy devices.