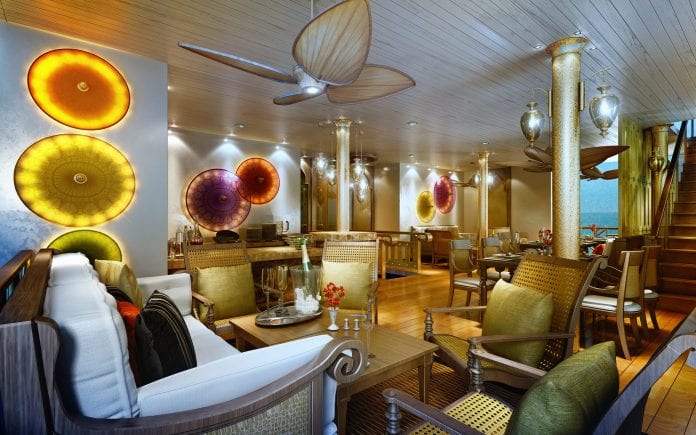 Sanctuary Retreats has launched Sanctuary Ananda, its new boutique river cruiser in Myanmar, ahead of schedule, the safari and cruise company said.

The luxury river cruiser accommodates 42 passengers, with 21 suites, all with floor-to-ceiling windows and full balconies, Sanctuary Retreats, which is a division of luxury vacation organiser Abercrombie & Kent, said.

The Ananda was built over 18 months by local shipbuilders.

In advance of Sanctuary Ananda’s maiden voyage from Mandalay to Bagan on November 15, the ship will host more than 100 travel agents and tour operators on a series of inaugural cruises, it said.

The Sanctuary Ananda has 21 suites, ranging in size from 291 square feet to the owner’s suite at 721 square feet. There are also two dining venues as well as a plunge pool and indoor and outdoor lounge areas on the sun deck. The Thambyadine Spa on the lower Yangon Deck offers massages, manicures and pedicures.

The vessel will be sailing four- and seven-night Discovery Cruises between Bagan and Mandalay; and seven-, 10- and 11-night Exploration Cruises that include the Upper and Lower Irrawaddy rivers as well as the Chindwin River. Prices start at $1,221 per person based on double occupancy, for a three-night itinerary including sightseeing, all meals, soft drinks and local beer.

Because of high demand, Sanctuary Retreats has also announced that the vessel’s 2016 program will be available for booking earlier than planned, beginning October 15.