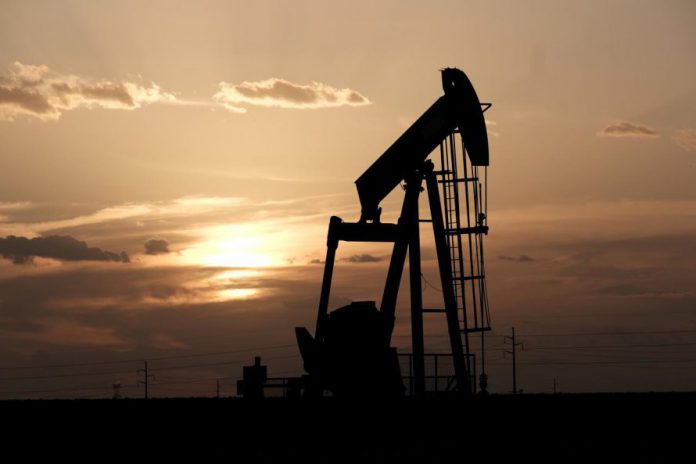 DUBAI/MOSCOW, April 10 (Reuters) – Saudi Arabia, Russia and their allies will press Mexico on Friday to join an accord for collective oil production cuts equivalent to 10% of global supplies and will push the United States and other producers to remove a further 5%.

The plan for cuts top the agenda for Friday’s video conference of energy ministers from the Group of 20 (G20) major economies, after Moscow, Riyadh and others in the OPEC+ group forged a deal in marathon talks on Thursday, only have it stumble when Mexico balked at the initiative.

Oil prices have plunged to their lowest in two decades as global measures to prevent the coronavirus spreading led to a collapse in demand for crude, at the same time as Moscow and Riyadh’s battle for market share produced a flood of extra oil.

U.S. President Donald Trump had threatened OPEC leader Saudi Arabia, which hosts Friday’s call, with punitive steps if it did not fix the oversupply problems, which has hit budgets of oil producing nations and hammered higher-cost U.S. oil production.

As OPEC+ sought to finalise its deal on cuts after 10 hours of talks via video link, Trump spoke by phone with his Russian counterpart Vladimir Putin and King Salman of Saudi Arabia.

“We had a big talk as to oil production and OPEC and making it so that our industry does well and the oil industry does better than its doing right now,” Trump said.

Mexico, which has long been in a standoff with Washington over Trump’s plan to build a wall between the two countries, cares less about low oil prices because of its unique hedging programme, which protects it against price falls.

The G20 video conference, which will be joined by U.S. Energy Secretary Dan Brouillette, is due to start at 1200 GMT.

Markets were closed on Friday for the extended Easter break in major centres.

Brent oil prices closed on Thursday at about $32, half their level at the end of 2019 and finding little support despite the unprecedented cuts outlined by OPEC+.

U.S. WTI prices closed below $23 per barrel, a level which drives most of the American oil industry into losses.

OPEC+, which groups the Organization of the Petroleum Exporting Countries, Russia and other allies, drew up plans for combined cuts of 10 million barrels per day (bpd) in May and June, with calls by OPEC+ officials for U.S. producers and others to cut a further 5 million bpd.

Even if it secures agreement on those curbs that will cut the equivalent of 15% of global production, it still leaves the market with a huge overhang of crude as demand has plunged by as much as 30%.

But there is only so much importers can buy when the world’s storage capacity on land and at sea is rapidly filling up.

In a statement on Friday, Birol said he hoped the G20 talks would “help restore some much-needed stability to oil markets.”

The crisis in the oil market has pushed Russia and Saudi Arabia to patch up differences after their acrimonious OPEC+ meeting in March where a dispute over how best to tackle falling prices led them to scrap their existing pact on production restraint that had helped balance the market for three years.

The Kremlin said Thursday’s talks showed the desire to coordinate for “the stabilisation of the global oil trade situation and the mitigation of the negative impact from volatile oil prices on the global economy.”

But final push by OPEC+ to close the deal on Thursday tripped when Mexico refused to sign up to the plan under which it would cut about 400,000 bpd. Mexico said it had proposed a cut of 100,000 bpd.

“This whole agreement is hinging on Mexico agreeing to it,” Saudi Energy Minister Prince Abdulaziz bin Salman told Reuters, adding he hoped it would “see the benefit of this agreement not only for Mexico but for the whole world.

The deal envisaged all members reducing output by 23%, with Saudi Arabia and Russia each cutting 2.5 million bpd and Iraq cutting over 1 million bpd.

Riyadh and Moscow agreed that their cuts would both be calculated from an October 2018 baseline of 11 million bpd, even though Saudi supplies surged to 12.3 million bpd in April.

Under the plans, OPEC+ would ease cuts to 8 million bpd from July to December and relax them further to 6 million bpd between January 2021 and April 2022, OPEC+ documents showed.

UBS said the cuts were still not enough because of a rapid decline in demand. It also said the effective cuts will be smaller than the headline number because the baseline used was from October 2018 levels, when production was higher.