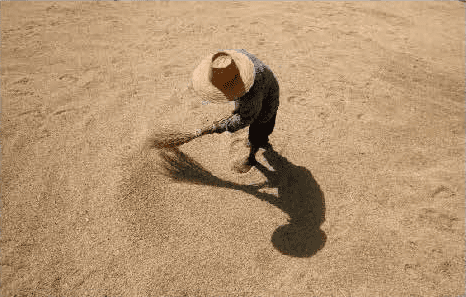 Shrinking global demand, poor infrastructure and hesitant investors could leave Myanmar far short of its rice export target this year, dealing a blow to its ambitions of competing with the world’s top shippers of the grain.

Industry experts and government officials say the 3 milliontonne target for the current fiscal year ending March 2014 is unrealistic and Myanmar, the world’s top rice exporter under British rule in 1934, faces multiple hurdles in revamping an industry that withered during 49 years of military rule.

“It’s quite impossible to export 3 million tonnes of rice … simply because we can’t expect dramatic increase in rice production this year,” an expert at the Agriculture Ministry told Reuters, requesting anonymity because he was not authorised to speak to media.

Myanmar borders booming economic growth areas – India, China, Thailand-ASEAN, has sea ports in Indian ocean, and will have a deep seaport in Dawei that will allow shipments through a narrow stretch of the Thai peninsular to the Pacific ocean.

In terms of land, the Irrawaddy delta is huge and fertile, and has big agricultural potential but lacks the infrastructure to boost production and exports.

Part of that is privatising the rice industry, in line with a slew of reforms introduced since 2011, when a quasi-civilian government replaced a military junta that decimated an economy squeezed for two decades by Western sanctions, most of which are now suspended.

The Agriculture Ministry official said water was the main source of the production problem, with either too much, or too little of it. Long-lasting floods had swamped paddy fields in the southern delta, while the summer crop in the central region was hit by low water levels in dams.

Myanmar has invited millers and exporters from neighbouring Thailand, until recently the world’s biggest rice shipper, to bring expertise and capital to the industry, which exports just 41 percent of the amount it shipped at its peak 79 years ago.

Investors are hesitant however, like many foreign firms interested in Myanmar but frustrated by the protracted passage of new investment laws and unclear regulations on the agriculture sector, which is among several with restrictions.

frustrated by the protracted passage of new investment laws and unclear regulations on the agriculture sector, which is among several with restrictions.

Myanmar’s decades of poverty and isolation under the military have also left it with vastly underdeveloped infrastructure and a power grid unable to fully support even its biggest city – problems many foreign firms do not want to face.

“We’re concerned about energy and electricity, which are not quite stable at this stage,” Manas Kitprasert, president of the Thai Rice Millers Association, told Reuters. “We also need a better logistics system to export smoothly at manageable costs.”

According to traders, most of the rice Myanmar produces is the low quality 25-percent broken grain, about half of which is sold to neighbouring China.

The US Department of Agriculture (USDA) has forecast Myanmar rice production at 11 million tonnes in the 2013- 14 fiscal year, up from 10.6 million tonnes a year earlier, but only just above the 10.25 million tonnes expected to be consumed by the estimated 60 million people in Myanmar, where rice is the dietary staple.

That would leave a surplus of just 750,000 tonnes for export. Even if Myanmar manages to produce more rice in the next few years, it might not be able to find buyers for it.

Players like Thailand, India and Vietnam, which have better quality grains than Myanmar, are struggling to sell because importing countries have grown more rice this year.

In addition, a government intervention scheme in Thailand has made its rice uncompetitive in the international market, resulting in massive stockpiles of unsold rice.

Thailand is sitting on rice stockpiles of 17 million tonnes, almost double a normal year’s exports and nearly half of annual global trade of 38 million. Thai 5 percent broken rice is trading around its lowest in three years.

“They’re well-stocked so we don’t expect to see any huge demand over the next few years,” said a Bangkok-based businessman who trades Myanmar rice.