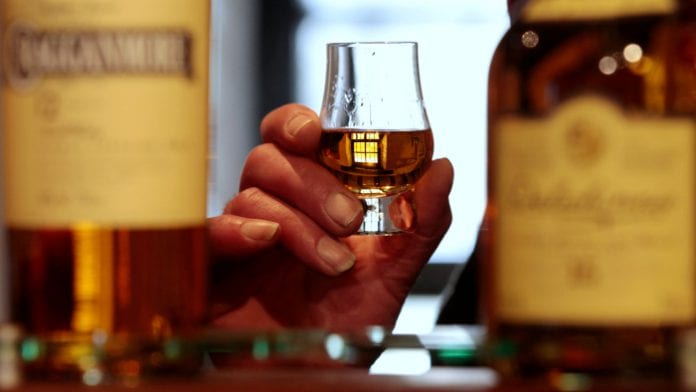 Scotch Whisky has been granted better protection by Myanmar authorities as a collective trademark in a move that is expected to help protect Scotland’s national drink against fakes in the growing Southeast Asian market.

Scotch Whisky exports to Myanmar jumped 65 percent to £2 million last year from £888,734 in 2012, according to the Scotch Whisky Association.

The move will provide added protection to both consumers and the industry, the association said.

Alan Park, Scotch Whisky Association legal adviser, said: “This will allow us to protect Scotch Whisky against products illegally being sold or passed off as Scotch.

“Products suspected of misleading consumers and damaging the legitimate trade are already under investigation and may become the subject of legal action using the protection now given to Scotch Whisky in Burma.”

The changes mirror those introduced in Australia earlier this year, a country which was said to have a “serious problem” with fakes.

The trademark gives similar protection to Scotch in Burma already enjoyed by products such as Parma ham and Champagne which are subject to a geographic indicator (GI) – a protection offered to a range of geographically unique products.

British Ambassador to Myanmar Andrew Patrick said: “Scotch Whisky is recognised worldwide as a distinctive and high quality British product and I am delighted that the Burmese authorities have taken steps to recognise and protect this.

“A robust legal framework is of great importance to foreign investors in any market and the British Embassy is supportive of the Burmese Government’s efforts to develop this.”

In 2012, Chelsea FC agreed a two-year sponsorship deal with local whisky Grand Royal – Myanmar’s best-selling brand – which boasts an unnamed Scottish master blender on its label, but, in accordance with Scotch whisky rules, does not claim to be Scotch.

Earlier this month, a German scientist living in Scotland announced a new technique to tackle counterfeit Scotch whisky by determining whether the water used to make it comes from Scotland.

The Spirit Drinks Verification Scheme, launched earlier this year, ensures that every part of the Scotch whisky supply chain is mapped by the industry, registered with the UK government and inspected to ensure it complies fully with all the rules on the production of Scotch.

All firms involved in the production of Scotch whisky must register with Her Majesty’s Revenue & Customs by listing their sites within and outside Scotland, including distilleries, maturation facilities, blending and bottling plants. Foreign bottlers will also be subject to controls.

In addition, the spirit is already protected through the European Union GI scheme, meaning it can only be produced in Scotland according to UK rules.