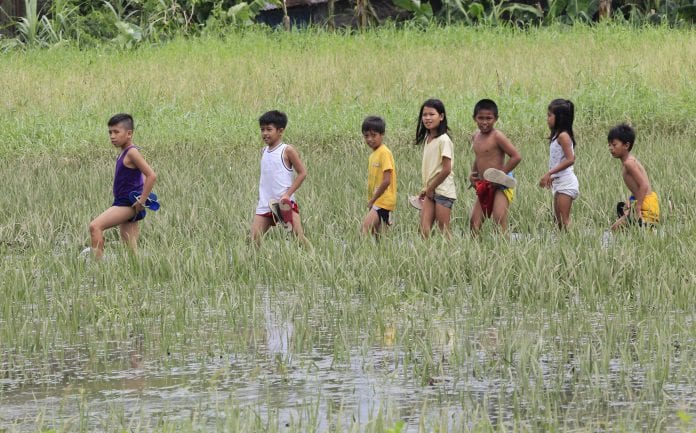 As the 10 countries of the Association of Southeast Asian Nations (ASEAN) integrate into a single economic market – allowing for freer flow of goods, labour and capital – they must help farmers adapt to climate change and practice sustainable agriculture, which will boost incomes and ensure food security, Oxfam said.

“By scaling up sustainable agriculture practices across the region, ASEAN can help feed its peoples and prop up the livelihoods of small-scale food producers – and help curb greenhouse gas emissions,” Oxfam said in a policy paper.

In 2010, agriculture accounted for about a third of the GDP in Myanmar, Laos and Cambodia, and employed more than 60 percent of the labour force in Cambodia, half in Vietnam, and more than a third in Thailand, Indonesia and the Philippines, the organisation said.

Citing studies, Oxfam noted that rainfall in Cambodia, Laos, Thailand, Myanmar and Vietnam has been below average since 2009, resulting in droughts, lower yields and more pest and disease infestations.

A study by the Philippines-based International Rice Research Institute found that a 1 percent rise in minimum temperature during the growing season can result in a 10 percent drop in rice yields.

System of rice intensification – an approach that focuses on management of plants, soils, water and nutrients to optimise harvests without harming the environment – is gaining ground in many countries and should be expanded, Oxfam said.

“ASEAN can help small-scale farmers and fisherfolk become resilient to climate change by reproducing sustainable agriculture practices across the region, on a wider scale,” Riza Bernabe, policy coordinator of Oxfam’s Grow campaign in Asia, said in a statement.

Oxfam recommended setting up a regional hub to track climate change impacts on agriculture and effective climate adaptation and mitigation practices. It also called for setting up a fund to support programmes on sustainable agriculture.Thomson Reuters Foundation