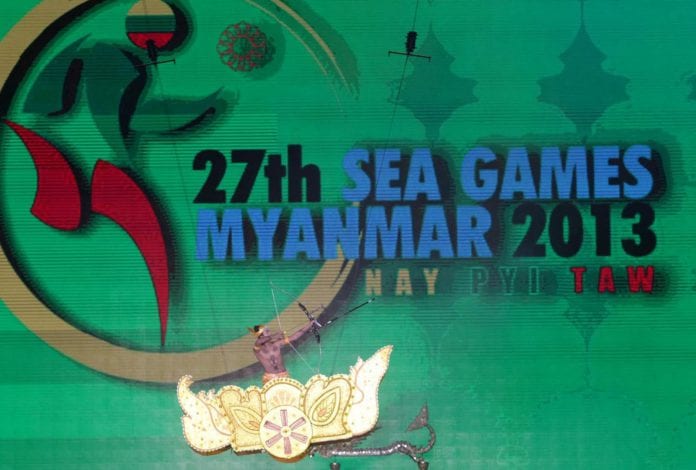 The event aimed at showcasing Myanmar to the world, or at least Southeast Asia, got underway on December 13, with a three-hour, no-expenses-spared ceremony.

The 22-day SEA Games, for which events got underway at the beginning of December, features Olympic sports like athletics alongside more traditional Myanmar endeavours such as Chinlone – for which Myanmar won the first two gold medals, in the male and female competitions – and has, so far, received generally positive responses.

At the time of print, Myanmar leads the way in the medals table – although this is helped by the fact that some sports in the games are barely played by other countries competing in the event – and the organisation of individual events has largely gone according to plan.

However, some criticism has been levied at the city hosting the event. Nay Pyi Taw, what some described as a “Dictator’s vanity project carved into the middle of the jungle”, was purpose-built by the previous military regime and opened in 2006. A number of staff located in the city for the games have complained about having to travel long distances to events and little to do in terms of nighttime activities.

Few of the region’s sporting stars have travelled to the event, too. The world’s best badminton players are currently taking part in the Superseries Finals in Malaysia, while several countries decided not to send top sportspeople due to traditional sports such as tennis and gymnastics being scraped in favour of obscure sports such as chinlone and wushu.

“For 44 years, we have not had the SEA Games,” said Onh Myint Oo, director general of Sports told AFP. “Now we are open for business. It’s the right time to have the Games.”