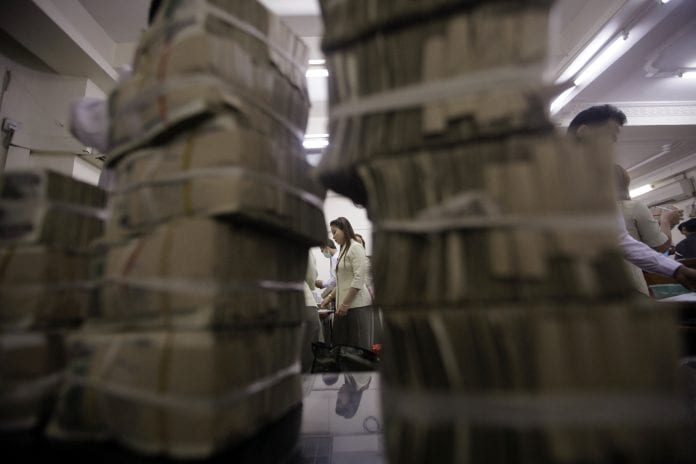 The Securities and Exchange Commission (SEC) has invited applications for service providers for the prospective Yangon Stock Exchange, setting February 27 a deadline for submission of applications.

The commission will grant four kinds of services licences – underwriters, dealers, brokers and consultants, prescribing different levels of capital requirement for each, said the commission chairman U Maung Maung Thein, who is also deputy finance minister.

The application forms became available on January 19 and the winners for the service licences are expected to be announced in mid-April.

“The applicants must have enough capital to get the licence and they need to be able to provide the four services fully. After the MIC receives the applications, the stock exchange supervisory commission will scrutinise and approve them accordingly,” the deputy minister told a press conference.

“The deposits are set in line with the standards set by other ASEAN countries such as Laos, Cambodia and Vietnam, all of whom have opened bourses recently,” Dr Maung Maung Thein said.

The deputy minister said Myanmar is ready to open the country’s first stock exchange later this year. “We are ready to start it on October,” he said.

Myanmar enacted the Securities and Exchange Law in July 2013 to pave the way for the launch of the bourse. Related bylaws will become public soon, Dr Maung Maung Thein added.

“We welcome the opening of the stock exchange but we need to be prudent because there have been examples of financial crisis caused by speculations at stock exchange,” Dr Thet Thet Khine, an economist, told Myanmar Business Today.

The government also refuted a critique over probable failure to set up a stock exchange in the country, saying that the establishment of the stock exchange is a business rather than politics.

Referring to a critique that Myanmar’s first planned stock exchange is likely to fail and is only to show off timing politically with the upcoming 2015 general election, the deputy minister said, “We will be able to exit the list of countries with no stock exchange soon.”