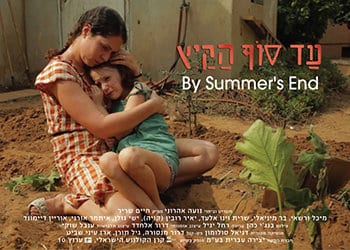 The Israeli Embassy in Yangon is going to launch the “Second Israeli Film Festival 2014” this month.

The festival will take place at Junction Cineplex in Myanmar’s capital Nay Pyi Taw from June 5 to 6, and at Myoma Cinema in Myanmar’s second-largest city Mandalay from June 6 to 7.

The films to be screened at the second edition of the festival, which is a part of the framework of the cultural cooperation between Israel and Myanmar, revolve around community life, relationship and love, career and action.

“[The films] will give not only give a glimpse of the Israeli film industry but will also allow the Myanmar audience to see the Israeli daily life routine, the dilemmas and the diversity that the Israeli society is confronting,” the Israeli Embassy in Yangon said in a statement.

The opening film – “Something Sweet” – is a romantic drama taking place in an Israeli village, in the early 2000s. In the centre of the story stands Tamar, the eldest of three sisters, who gave up on her life dream to go back home and support her parents. The story starts with the middle sister’s wedding; then the youngest announces she is also engaged and presents her fiancé to the family for the first time. This puts a lot of pressure Tamar, who is in a stable but not exciting relationship, and things get complicated when she falls in love with someone new.

“By Summer’s End” is set up in a small Israeli village, in the summer of 1978, one month prior to the Camp David peace accord. What troubles Michal is that her 7-year-old daughter, Maya, cannot read or write, and that her teacher wants to hold her back a year. Michal rises to the occasion and vows that by the end of the summer, Maya will learn how to read and write and will move on to the next grade. But this summer is set to be full of surprises for the family. Michal’s father, who’s been missing for 20 years, suddenly returns, and brings with him the family’s dark past and hidden secrets that have been dutifully repressed. The film won awards in the Rehovot Women’s international Film Festival 2011, and Israeli Film Centre in New York and Haifa International Film Festival 2011.

“Desperado Square” illustrates a romantic drama and awarded by the Israeli Film Academy for best director and best supporting actor. In an old neighbourhood, stuck in the past, the first anniversary of Morris Mandabon’s death is approaching, and his youngest son, Nissim has a dream. In the dream his father orders him to reopen the old neighbourhood movie theatre thus breaking the vow Morris had made years ago never to screen movies again.

“Operation Thunderbolt” is a film based on the true story of Air France flight 139 from Tel Aviv to Paris, via Athens, that was hijacked by four terrorists. After lending in Entebbe, Uganda, the Jewish passengers were separated and held hostage in demand to release many terrorists held in Israeli prisons. After much debate, the Israeli government sent an elite commando unit, to raid the airfield and release the hostages.